Here come the Graysons. The first family of Wednesday night is moving to ABC Sundays. The network has revealed their new fall line-up and Revenge has snagged Desperate Housewives‘ old time slot. 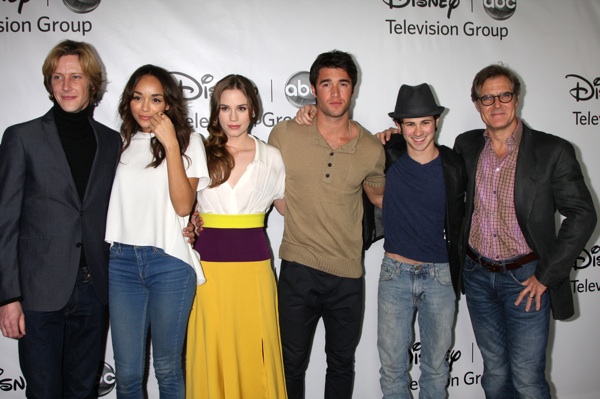 This week, the major broadcast networks are unveiling their full roster for the fall 2012-13 season. ABC has just announced their new line-up, which is filled with scheduling shake-ups.

Last Sunday, the network aired the series finale of the long-running dramedy, Desperate Housewives. After eight seasons, the ladies of Wisteria Lane finally bid adieu. With those troublemakers gone, viewers will be clamoring for another soapy, drama fix. Luckily, ABC has the perfect replacement — Revenge.

The return of Revenge is sweet: Watch it here! >>

The hit series will kick-off its sophomore season in Desperate Housewives’ (former) 9 p.m. slot. And it’s not the only show that will experience a day and time jump. The ensemble comedy Happy Endings is moving from Wednesdays to Tuesdays after Dancing with the Stars.

Is this confusing for you? Maybe we can help.

Check out the full Fall schedule below:

What do you think of the big move? Yay or nay?