After months of hype and worry Howard Stern has made his America’s Got Talent debut. How’d the shock jock do? Take a gander at quotes from the night and judge for yourself! 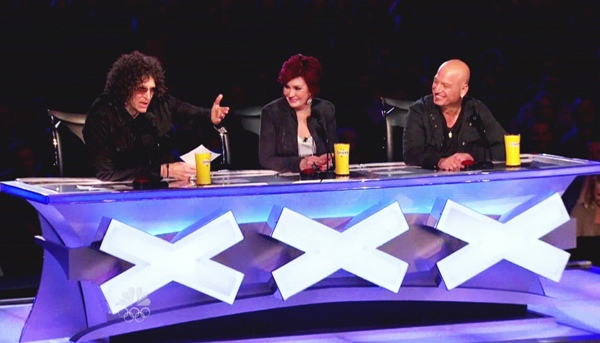 America’s Got Talent fans have finally seen their new judge, Howard Stern, in action. After much hullabaloo about the shock jock coming to primetime television, including a call for advertisers to boycott the program from the Parents Television Council, there isn’t all that much that would qualify as shocking to report.

By most accounts Howard Stern’s America’s Got Talent debut was a display of good behavior, sympathy for talentless hopefuls and just a bit of call-it-as-he-saw-it attitude. A look at the 58-year-old’s best quotes of the night:

Quips and quotes aside, it was one contestant named Sergio who received the most Howard Stern interaction. After the singer had performed, the Howard Stern Show radio host left the judges’ table, joined him on stage and the two embraced in a tall man meets small man hug.

What do you think of Howard Stern’s America’s Got Talent debut?