Call it a softer, gentler Jay-Z: After apologizing for disrespecting women in his music since his daughter made him see the light, the hip hop mogul now says he supports gay marriage. 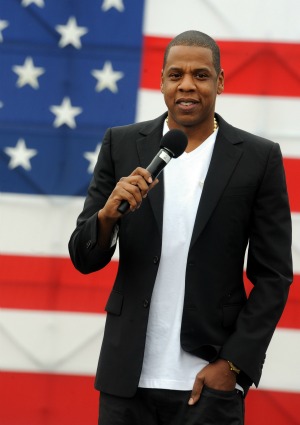 While the hip hop community has long had a reputation of homophobia, the current king of the genre says he supports gay marriage and what other people do in their private lives is no one else’s business.

In an interview with CNN after announcing the launch of his Made in America concert festival, Jay-Z expressed his disdain over discrimination of any kind.

“I’ve always thought [of] it as something that was still, um, holding the country back,” Mr. Beyoncé said.

President Barack Obama came out in support of gay marriage last week despite the federal Defense of Marriage Act. When asked if he thought this stance would hurt support of the President among the black community, Jay-Z said it doesn’t matter.

“It’s really not about votes. It’s about people… I think it’s the right thing to do.”

Perez Hilton agreed — sort of. “He could have waited until after the election,” the gossip hound told MTV News. “However, it’s clearly a calculated move in that he felt confident that this won’t hurt his chances at getting re-elected, and that’s why he did it.”

Tell us: Will the hip hop community stand behind Jay-Z?