Jakarta police are no little monsters: Lady Gaga has been banned from performing in the Indonesian nation next month because she is just too sexy. 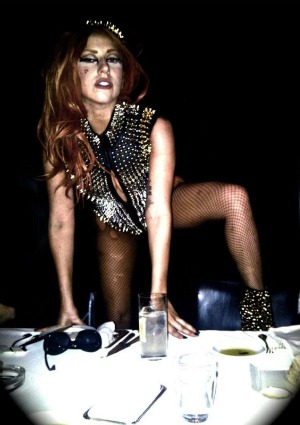 She may have been born this way, but “this way” is too much for one conservative Muslim Indonesia nation. Lady Gaga has been banned from performing in Jakarta because she is too sexy.

Not everyone agrees, though. Muhammad Imdadun Rahmat, deputy-secretary-general of Nahdlatul Ulama, told The Jakarta Post that Lady Gaga’s creativity should trump all.

Scandalously sexy: 4 Stars who show off their stuff >>

“The police should not have gone as far as banning the concert. They should not intervene against the freedom of expression,” he said.

He did say that she should think about toning it down a bit though — after all, one must respect other cultures.

This is not the first time Lady Gaga has been persona non grata for her risqué behavior. Conservative Christian groups in Seoul condemned her April 27 performance for supporting pornography and homosexuality. Hasn’t stopped her from racking up five Grammy Awards, though.

Lady Gaga got too creepy for her choreographer

Lady Gaga to hibernate from the fame monster