Five couples. Five babies. Ten FREAK OUTS! If anything is clear about What to Expect When You’re Expecting, no one has any idea what to expect, despite the best-selling book the film takes its inspiration from. This mom-com portrays a variety of hilarious and difficult parent-to-be experiences, from twins to adoption to miscarriage, offering a collage of what it means to be a modern mom — and dad. 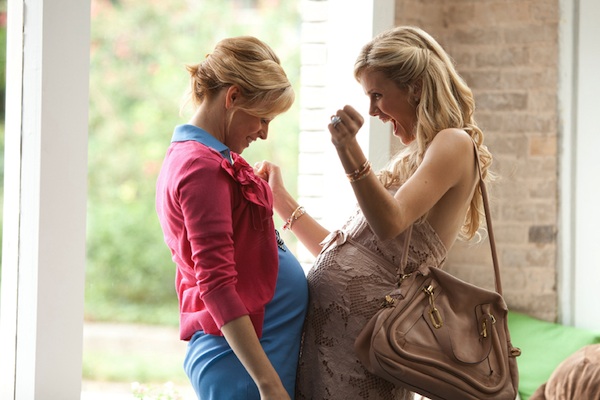 Jules (Cameron Diaz), is a TV weight-loss coach who gets preggers by her dance partner during a stint on a Dancing-with-the-Stars-type show. He’s Jewish, she’s against genital rejiggering, but this new relationship faces a bigger challenge than whether or not to circumcise. Can fame-focused Jules check her self-centeredness at the nursery and come to terms with her biggest role yet — family member?

Breast-feeding expert Wendy, (Elizabeth Banks) is an author who thinks she knows all things natal, but seems to fall down the (dead) rabbit hole however, as soon as her pregnancy hormones kick in. Compounding the chemical chaos is the fact that her husband Gary (Ben Falcone), discovers his dad (Dennis Quaid) and young second wife (Brooklyn Decker) are also expecting — twins, no less! What should be good news turns into a near war as Gary’s race car driver dad can’t let off the gas when it comes to his competitive streak. 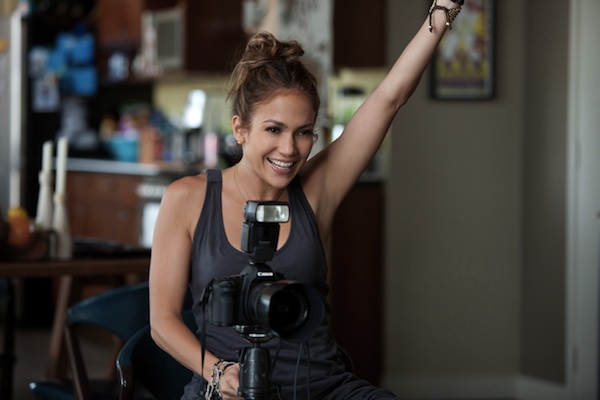 Holly (an unexpectedly vulnerable Jennifer Lopez), is a photographer who’s spent all her husband’s 401K money on IVF, only to be unsuccessful. She and hubby Alex (Rodrigo Santoro) have decided to adopt from Ethiopia, but still have the jitters, both reluctant to take this leap of faith.

Representing the reckless youngsters are food truckers Rosie (Anna Kendrick) and Marco (Chace Crawford), who seem appropriately overwhelmed when a one-night stand leaves Rosie pondering a nursery in her food truck (don’t worry, it’s against the health code). Can the foodies roll with a literal bun in the oven or will biology hit the brakes?

What to Expect is funniest in the “dudes group” scenes. Helmed by Chris Rock, a posse of dads and their little tykes meet in a park and tell daddy-dom like it is: rough. 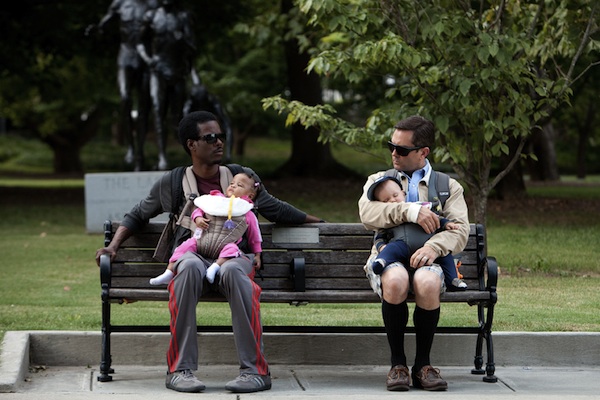 As hard as it is for dads though, the film doesn’t ignore the Alien-esque body takeover the moms-to-be are experiencing. The mom sitting next to me in the audience laughed heartily through the film but quieted during the birthing scenes. Reminded of her own difficult birthing experience, she shed some tears, no doubt reflecting on the fragility of life.

Underneath all the jokes and laughter, birthing is a dangerous sport — a sport in which most women engage because the desire to love and nurture a young soul becomes stronger than all else. This movie keeps this quest in its sights, despite some stereotypical Hollywood-mommy moments. My only wish is that they included a single mom in the mix — perhaps a brave woman who has to find the courage to go it alone. But maybe that story would be too much to fit into this neatly wrapped baby gift.

Bottom line: What to Expect When You’re Expecting is a well-acted chick-flick that delivers laughs and heart. Take a “moms’ night out” and celebrate life’s biggest miracle — you’ve earned it, mamma!