Emily Maynard is the newest inductee to The Bachelorette franchise. Think it’s going to be another season of debauchery and stupid stunts? No way: Maynard is unlike any other single lady we’ve seen so far. 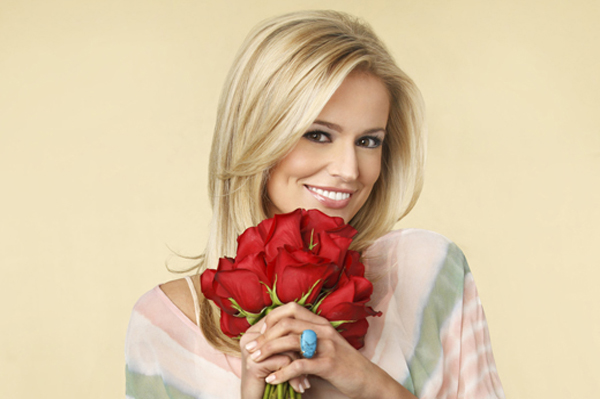 The wait is finally over, Bachelorette fans: Emily Maynard will take center stage on this season of the show, starting Monday night on ABC. Think we’re in for another season of drunken shenanigans and ridiculous hot tub scenes? Think again. The new edition of The Bachelorette will be different than any other season.

Need proof? Here are five ways we can already tell that Maynard is going to break new ground this season.

From Trista Sutter to Bachelorette Emily: Smell ALL the roses >>

Maynard was engaged to NASCAR driver Ricky Hendrick, but he tragically passed away in a plane crash in 2004. She later gave birth to the couple’s only child, Ricki. No other Bachelorette has been a single mother on the show — and host Chris Harrison said it greatly affected her choices.

“Her being a single mom, it definitely changed the tone. It changed the tone from night one,” Harrison said in a conference call. “The guys all came in knowing it was Emily, wanting it to be Emily. But at the same time, they had to know, you know, she’s looking through this and at this from a very different light and from the perspective of being a parent. And if you are a parent, you understand what that means; I mean it changes everything.”

Harrison went on to compare Maynard to Jason Mesnick, one of the bachelors who is also a single dad. It’s a lot more serious than the typical lowbrow shenanigans that go on, he added, mostly because Maynard needed to figure out if a potential mate was also good for her little girl.

Lindzi Cox talks Bachelorette Emily and being so over Ben >>

“And calling it drama almost doesn’t do it justice to what happens because a lot of it is just Emily trying to figure out, ‘Are these guys not only right for me but are they right to start a family?'”

Don’t expect a shrinking flower in Maynard, either.

“I think what people will love — especially single moms — is that Emily is holding that banner high,” Harrison said. “There are several moments throughout this show where, for lack of a better term, people are going to say, ‘Damn girl, well done, way to handle it.’ You think she’s this delicate little flower until right when she needs to handle her business. And she handles it very well.”

The bachelors came to her 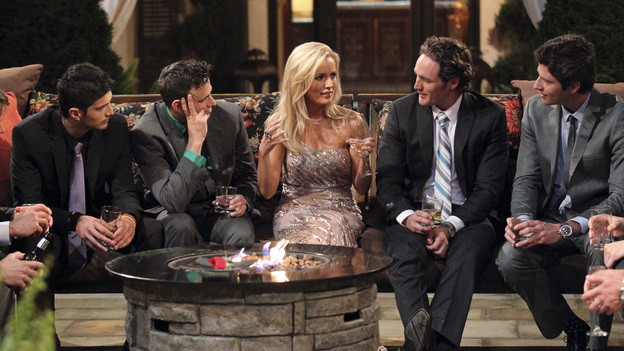 The Bachelorette is usually filmed on location in Los Angeles in a palatial mansion. However, Maynard didn’t want to uproot her daughter to do the show. What’s the production crew to do? They moved the whole show to her base in Charlotte, N.C.

The show — still filming, according to Harrison — will also take the crew to various exotic locales.

“We started in Charlotte, which is quite exotic. It was fun to spend time there,” he said. “And then we took off and went to Bermuda, and we went to London; Dubrovnik, Croatia; and Prague.”

The Bachelor‘s Chris Harrison: From host to contestant? >>

Maynard is definitely gorgeous, but she’s also a mom (how could we forget?). Because of that, her stylist kept things a little bit more demure than we’re used to on The Bachelor and The Bachelorette.

“I went more conservative in the beginning because I didn’t want to turn people off to her,” stylist Cary Fetman told Zap2It.com. “I wanted to be respectful of her as a mother and not offend other mothers who don’t have stylists and a makeup artist.”

Don’t expect her to be boring, though!

“Emily and I are very similar in our taste,” he added. “We like hot and sexy and glitzy, and we like over the top. We just want to have fun with fashion. We like shiny and sequin and super tight. The first couple of episodes I wanted to make sure it was her putting outfits together and sometimes I would have to say ‘Let’s tone it down until the audience gets to know you.’ I may have done an injustice to her. You can be both a fashion plate and be a great mother.”

She insisted on a no-villain zone

Again, Maynard is looking for someone who can be a father figure to her daughter. What does that mean? There’s no room in the cast for Bentley types who are only there for fame or whatever other sinister games. How did Maynard keep casting on track? She reportedly had a hand in it.

“She wanted only the best looking, most mannered guys,” a source told InTouch. Blogger Reality Steve said all of the guys — including single father of six Brent — are easy on the eyes in the Adonis type of way.

What will happen? We can’t wait to find out!