Emily Maynard returns to ABC as the latest Bachelorette! However, she admitted she was afraid to take the lead and truly find a match on television. 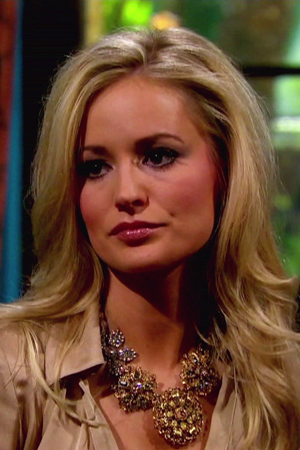 Tonight marks the premiere of The Bachelorette with Emily Maynard! It’s the first episode of the season, and she admits that the beginning was the hardest part for her.

“My biggest fear was that I wouldn’t be able to see myself with any of the guys,” she said to People. “But after I met all of the men on the first night, I couldn’t have been more wrong.”

Lindzi Cox talks Bachelorette Emily and being so over Ben >>

Host Chris Harrison dished that this season will be quite unique, mostly because Maynard has a 6-year-old daughter.

“Her being a single mom definitely changed the tone from night one,” said Harrison. “You don’t get to make decisions for yourself anymore. There was always that underlying issue of, ‘Is this guy ready [to be a parent]?’ It’s not just hopefully finding love at the end. [She] hopefully finds a husband and a father figure to Ricki. Emily is a strong, independent and traditional Southern woman but she’s exhausted. Because of the tragedy, she’s been in control since she was 19. She’s looking for a strong man to help her take her hands off the wheel.”

The Bachelor‘s Chris Harrison: From host to contestant? >>

In fact, you’ll notice that the crew spent a month shooting in their hometown of Charlotte, North Carolina, so Maynard could film while still living with her daughter, who didn’t have to be taken out of school.

And because the single mom is looking for a true match, there’s more at stake for the men as well.

“You don’t have the frat house humor and superficial drama that you’ve seen in seasons past with younger contestants or contestants that weren’t parents,” explained Harrison. “There’s a much more serious tone and Emily’s dealing with bigger issues. It’s almost hard to explain in a nice little sound byte because there are so many levels to this. It made for a fantastic season.”

Don’t worry — it’ll still be juicy, as hot tubs are available 24/7 this time. The Bachelorette premieres tonight on ABC at 9:30 p.m. EST!