Brandi Glanville and LeAnn Rimes will never be BFFs, but we never realized how much the reality star hates her ex-husband’s new wife. Spoiler alert: She despises — but tolerates — Rimes. 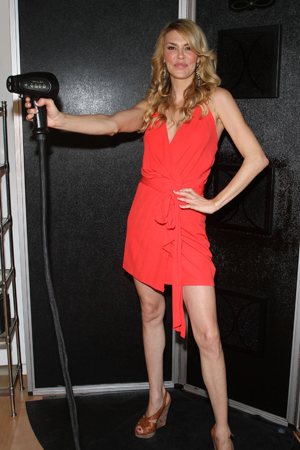 Yikes! We knew the animosity between The Real Housewives of Beverly Hills star Brandi Glanville and singer LeAnn Rimes ran deep, but we really had no idea just how serious it was. The scorned ex-wife of Eddie Cibrian told Australian magazine NW HQ that she seriously thought about getting rid of Rimes — for good.

It all started when Glanville spotted one of her sons sitting in the country singer’s lap during a soccer practice.

“I remember walking up to soccer practice and there she was with my baby in her lap. My blood was boiling, and I thought I was going to kill her. I really thought I was going to physically hurt her,” Glanville said. “But that was the first time I saw her that way — she was sitting in my soccer chair, under my tent, she’s got my kid on her lap and she’s with my husband, and that was that little moment of total irrational fury.”

We can’t say we really blame her, especially since Cibrian cheated on her with Rimes. It seems like Rimes wanted to move in quickly and establish herself as a “bonus mom” in the boys’ lives. However, Glanville’s stance on her ex-husband’s new wife has softened over time — they were even spotted smiling together at one of the boy’s soccer games.

“We’re never going to be best friends, but she’s good to my kids, they love her and that’s all I could ask for,” Glanville added. “If they didn’t like her, I’d be in court right now, fighting. It’s not about me — it’s about them.”

The reality star also said that she’s heard Rimes and Cibrian don’t have a prenuptial agreement, adding that it will work out well for the boys when they divorce since the singer is worth more than the sometimes actor.

“Thank God [they don’t have a prenup]! My kids’ futures will be taken care of if that’s true,” Glanville said, adding that she didn’t have a prenup with Cibrian and it hurt her in the end.

Do you appreciate Brandi Glanville’s honesty about her feelings toward LeAnn Rimes?