The family behind the hit TLC reality show Sister Wives — now in its third season — is coming out in support of gay marriage. Surprised? 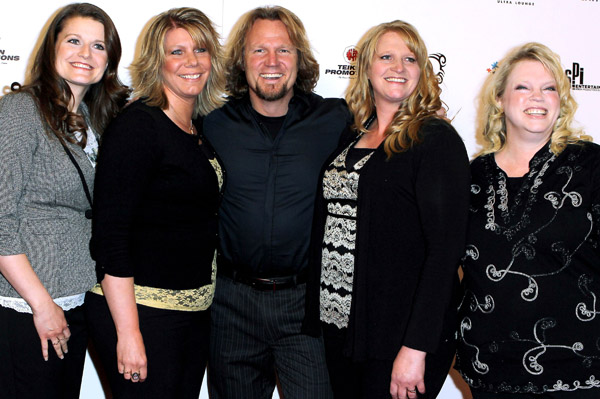 TLC’s Sister Wives clan knows a thing or two about being discriminated against for their “alternative lifestyle.” This understanding is why the family — husband Kody Brown and wives Meri, Janelle, Christine and Robyn — are now coming out in support of gay marriage.

“It is something I have thought about a lot, and I feel very blessed that I have been able to chose love and the life that I want to live and be married to the people that I want to be married to. It’s not for me to decide or stop anyone else from marrying the person they love,” Brown told FOX411’s Pop Tarts.

At first, we found their support of same-sex marriage surprising, given that we thought they were of Mormon faith. Not so, they say.

“One thing people often get wrong is that they think we are part of the Mormon Church,” Janelle said. “We are of the same origin, but our faith parted ways many, many years ago. We are not Mormons.”

The third season of the popular TLC show debuted on Sunday night — and boy, are we getting into the good stuff. Season two left off with Robyn going into labor with son Solomon. Now, the episode shows the nitty-gritty (and we mean gritty) details of the birth. However, we also get to see the family’s holiday celebration that includes a celebration of Hanukkah and Christmas. Oh, and they look at four homes on a cul-de-sac so they can possibly live together again.

What can fans expect from the rest of the season? Jealousy — and lots of it.

“People think we don’t get jealous (of each other) but the thing is — we do get jealous,” Mary told Fox.

“We are going to see a lot more of the kids on the show this season, we’re really excited to see them on TV,” Christine added. Janelle said they’re “working hard to get the family back together again” and help their oldest son choose a college.

We’ll admit it: This family is captivating to watch.