Demi Lovato will join Britney Spears as a judge on The X Factor this season, lending even more star power to the talent competition. 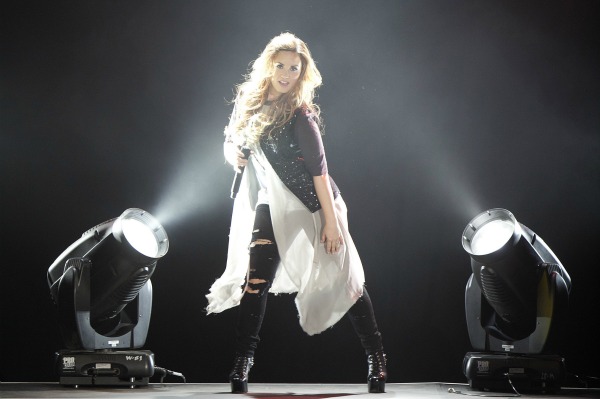 As if signing Britney Spears wasn’t enough, The X Factor is bringing even more star power to its judges panel with the addition of singer/actress Demi Lovato.

The former Disney princess has signed a lucrative deal, according to TMZ, and the official announcement will be made later today at the Fox upfronts in New York City, where Spears has already been spotted at the swanky Mandarin Hotel.

Spears and Lovato take the place of Paula Abdul and Nicole Scherzinger, who were dumped after the show’s lackluster first season.

It’s no secret that both women have had their share of problems stemming from living in the glare of the spotlight. Spears spent nearly all of 2007 having a very public nervous breakdown, resulting in her father — recently joined by her fiancé Jason Trawick — gaining conservatorship of all her affairs. Lovato checked into rehab in 2010 and has been open about her struggles with eating disorders, self-injury, bipolar disorder II and an unspecified drug habit that many believe was cocaine.

While both have released albums and performed since their problems went down, we can’t help but wonder if being on live TV every week is a good idea for either woman. MTV News asked that very question about Spears before Lovato was confirmed.

“I think it is a good move, actually,” said Entertainment Weekly writer Tanner Stransky. “I think she has so many people on her team watching what she’s doing and being careful. I think nobody would let her take a misstep, but I think it’s the right move right now.”

Not everyone is so sure, though.

“I think everyone is a little concerned, simply because Britney has been very press-shy since she’s been in her conservatorship, and everything is incredibly guarded and incredibly controlled,” said Keith Caulfield, associate director of charts at Billboard. “And there can be uncontrollable moments on The X Factor, and if things are not completely in control and things are not rehearsed, things could go wrong. With a live show, anything can happen, and that can be very exciting but, at the same time, a little worrisome.”

Lovato herself has said in recent interviews that she wasn’t sure she was ready to step in front of a camera again because of her insecurities.

Only time will tell if this move is good for either Britney Spears or Demi Lovato — other than for their wallets.