Cyndi Lauper has never been more proud to be an American. In the wake of Obama’s pro-gay marriage stance, the singer has given the president her “True Colors” stamp of approval. 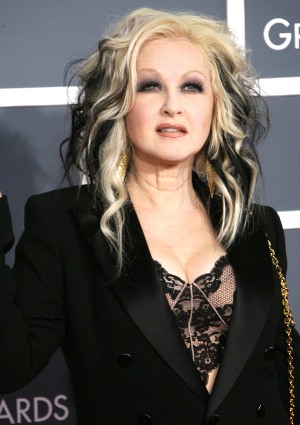 The man Newsweek has declared to be “The First Gay President” holds a special place in Cyndi Lauper‘s heart — as well as has permission to use her music. The singer, who once stated she doesn’t want her songs associated with politics, now wouldn’t mind if Obama chose one tune in particular.

“I’ve never been so proud of a president before, I’m so proud to be American,” Cyndi Lauper said in reaction to the news President Obama supports same-sex marriage. “[I’ve] been seeing all my life the disparity and the inequality, and so to be a part of this and be here at this time gave me great hope.”

More on gay rights from SheKnows >>

Up until now the singer, famous for hits such as “True Colors” and “Girls Just Wanna Have Fun,” hasn’t approved of her work being used in the political realm — even by those seemingly aligned with her own stance.

“They wanted to use it and I told them not to,” Cyndi Lauper explained of the Democratic National Committee’s use of “True Colors” in an attack ad. “I am worried about certain songs being used for politics because certain songs are healing songs. And you don’t want anyone to think about politics, you want them to think about their soul and their heart.”

It’s a different story today, however. In light of President Obama‘s stance, and subsequent media coverage in magazines such as Newsweek, the 58-year-old has given the green light, saying, “In this moment, with what he said, if there was a theme song [for the moment], it would be ‘True Colors.'”