At least one company isn’t afraid Howard Stern is going to go ballistic on America’s Got Talent. Pizza Hut has announced they’re sticking by the shock jock’s side, despite a warning from the Parents Television Council. 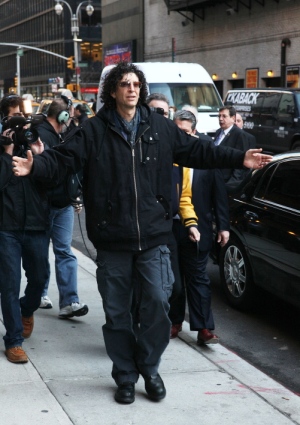 Howard Stern is making his America’s Got Talent judging debut tonight, May 14! As the Parents Television Council quivers in their boots over just what the notorious shock jock will say, one sponsor is blatantly ignoring their call to boycott.

Pizza Hut is standing by their America’s Got Talent advertising deal, refusing to pull their money from the show based on the PTC’s prediction of what Howard Stern might do.

“Pizza Hut strives to maintain the highest standards of quality and excellence in our communications to the public,” a rep for the chain said to TMZ, confirming their advertising dough won’t be going elsewhere. “Our advertisements are no exception, and are designed to draw attention to our products and appeal to a broad audience.”

The Pizza Hut rep went on to say, “Unfortunately, we may not always [succeed] in generating a positive impact on every guest, and we apologize if our methods offend some.”

Despite the PTC’s assumptions about how Howard Stern will conduct himself on America’s Got Talent, the 58-year-old insists he’s not there to disrupt the show fans have loved for the last six seasons.

“I didn’t want to make it The Howard Stern Show,” Stern has commented. “I wanted to add my honesty, I wanted to add new flavor to it and, hopefully, the show will be enhanced… You don’t know if people [will] like it with me or not, but I just hope they tune in and give it a chance.”

Of his goal as a judge Howard Stern added, “If I sit there in a beautiful dress and just tell them they’re wonderful, they’re not gonna get anywhere. It’s my job… to make sure they get to the next level and be honest with them and tell them it’s not happening for them. And I’m not doing it to be mean, I’m doing it to be helpful and constructive.”

Will you being giving Howard Stern a chance on America’s Got Talent?