The Avengers, the super hero movie with the gorgeous cast, has much to celebrate this weekend with its box office returns reaching $1 billion worldwide giving it the very obvious title of number one. 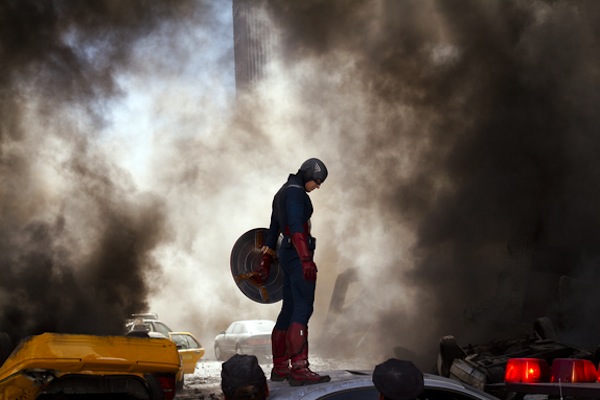 Not even James Cameron has this kind of super power. The Avengers raked in an estimated $103.2 million this weekend, putting it well over the second weekend gross record of Avatar, which grabbed $75.6 its second weekend, according to The Los Angeles Times.

The Hulk, Thor and Iron Man certainly know how to team up! Starring Robert Downey Jr., Chris Evans, Scarlett Johansson and many more, The Avengers has become something of a phenomenon.

Johnny Depp didn’t have a chance with his stylized vampire movie, Dark Shadows, directed by Tim Burton. The gothic reprisal of a famous soap opera grabbed an estimated $28.8 according to Deadline Hollywood, bringing it in at number two.

Holding on strong to an impressive top 10 spot is Think Like A Man, the romantic comedy about a group of guys who discover the women in their lives are using a book to navigate their relationships. It grossed an estimated $4 million, bringing it in at number three.

The Hunger Games, the movie everyone thought was the hit of the year until The Avengers came along grossed $4.3 million at the box office bringing the post-apocalyptic story about a girl who’s asked to fight to the death for sport to number four this week.

The Lucky One, the romantic drama written by The Notebook‘s Nicholas Sparks and starring Zac Efron grossed $4 million, bringing it in at number five.

Coming in at number six with an estimated $3.2 million, The Five-Year Engagement,  Jason Segel and Emily Blunt’s romantic comedy about the couple that couldn’t seem to tie the knot, surprises critics with its holdover from last week.

Movie review: The Five-Year Engagement tries to get hitched >>

Kids got the pick up on number seven this week with Pirates! Band of Misfits coming in with an estimated $3.1 million.