Ringer’s lost its appeal and The Secret Circle’s magic is gone. Both dramas have been canceled by The CW. Unfortunately, Sarah Michelle Gellar’s return to television was short-lived. Neither show will be back for a second season. 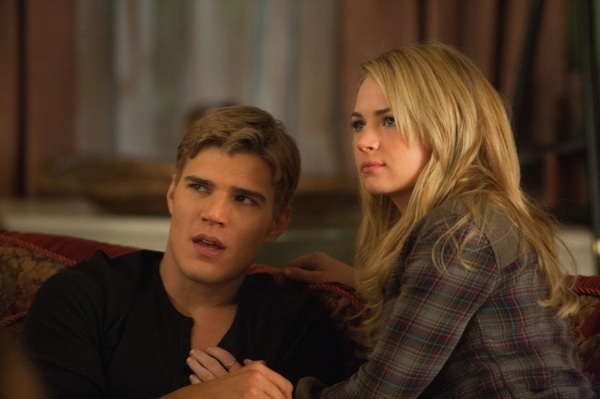 What The CW giveth, The CW can taketh away. Friday afternoon, the network announced three major renewals Nikita, Hart of Dixie and Gossip Girl. But with that positive came a serious negative.

Sarah Michelle Gellar’s Ringer debut: Love it or leave it? >>

Sarah Michelle Gellar‘s Ringer and the supernatural Secret Circle were canceled. We’re not shocked by Ringer’s fate considering the show averaged a mere 1.8 million viewers and a 0.8 demo rating. That’s disappointing, even by CW standards. Despite its intriguing premise and plot twists, it wasn’t enough to get the numbers up.

The Secret Circle: Chris Zylka on magic and mayhem >>

On the other hand, The Secret Circle is more of a shock. It had a prime lead-in with The Vampire Diaries (the CW’s highest-rated show) and averaged 2 million viewers a week. That’s more than both Nikita (1.8 million) and Hart of Dixie, whose latest episode only drew 1.3 million.

To date, The CW has renewed 90210, Supernatural, The Vampire Diaries, America’s Next Top Model, plus the aforementioned Gossip Girl, Hart of Dixie and Nikita.

They picked up five new hour-long pilots including the Sex and the City prequel, The Carrie Diaries. There’s also the Beauty and the Beast reboot, the comic book-based Arrow, First Cut and Cult.

Are you shocked by The CW’s decision?