William Balfour, the man accused of killing singer Jennifer Hudson’s mother, brother and nephew, was convicted Friday of the murders. Find out how much time he’ll get. 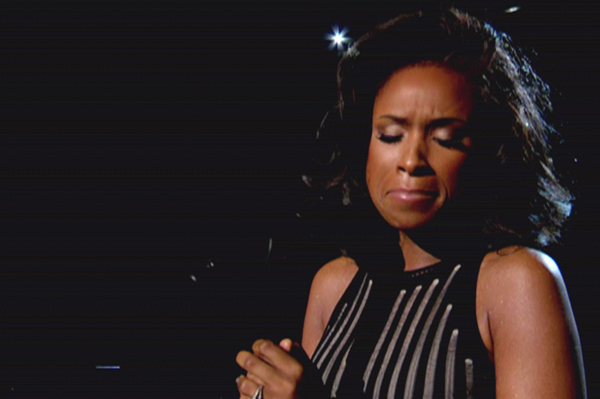 It seemed like the jury deliberating the Jennifer Hudson murder trial was deadlocked early Friday when they issued a note to the judge asking for cell phone records and videos.

“We are trying,” the jury wrote in a note.

However, it wasn’t as hopeless as it seemed: The jury came back with a guilty verdict on all three murder counts against William Balfour, the ex-husband of Hudson’s sister, Julia. Balfour was on trial for killing the Oscar-winning singer’s brother, mother and nephew in 2008.

Hudson reportedly wept at the verdict was handed down, according to NewsOne.

The 11-day trial attracted some 83 witnesses for both the defense and prosecution. The state argued that Balfour was the only person who could have killed them, citing repeated threats to the family during his tumultuous relationship with Julia. He was later found with gunpowder residue on his clothing and the key to her brother’s SUV.

“He fired that gun at her over and over and over,” Cook County prosecutor Jennifer Bagby said, adding that Balfour was a “true coward.”

“He shoots a 57-year-old grandmother in the back. He shoots a 29-year-old man in his sleep. He shoots a 7-year-old twice in the head,” the other prosecutor, Jim McKay, added. “The family, the community, the city, the country demand justice.”

“It’s time to hold him responsible,” he added.

However, Balfour’s defense said no DNA evidence connected him to the grisly murders.

“In their mind, this wasn’t a whodunnit,” defense attorney Amy Thompson said Wednesday. She added that the evidence the prosecution had, including the SUV keys, was circumstantial at best.

“Those keys show how desperate the state was. They resorted to this. … My client is an innocent man,” she said. The defense also tried to claim that the murders were a result of her brother’s drug dealing.

Hudson testified at the beginning of the trial, telling the jury that she became worried about her mother when she missed their daily phone call. Julia later called her in hysterics after finding their mother and brother dead and Julia’s son, Julian, missing.

“We were trying everything, anything we could do to get [Julian] back,” she testified, adding that she put a $100,000 reward out for his safe return. He was found shot to death two days later in the SUV.

Balfour will receive a mandatory life sentence for his conviction.