Though the season finale of New Girl was earlier this week, leading lady Zooey Deschanel is keeping herself busy between seasons with a new role on Broadway. 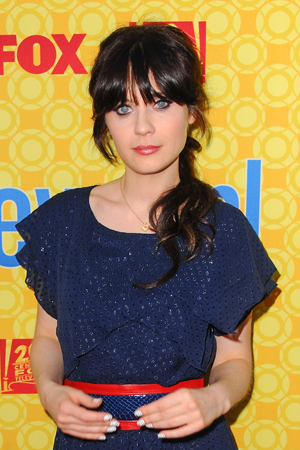 Zooey Deschanel is saying goodbye to the Los Angeles loft on New Girl for a while, as the stage lights of Broadway beckon her for the role of a lifetime. The blue-eyed girl who is always full of quirkiness is heading to the Big Apple to portray country singer Loretta Lynn.

Deschanel takes on the role in Coal Miner’s Daughter, an upcoming stage musical about Lynn’s life, according to People. In fact, the actress was actually cast by the country icon herself.

“It’s a long way from Butcher Holler to Broadway in New York City. I never imagined I’d see Coal Miner’s Daughter on a movie screen, and now I can’t believe it’s going to be on a stage for people to see,” said Lynn in a statement.

“I’m going to be right there in the front row,” added Lynn. “And I know Zooey is going to be great — she sings and writes her own songs just like I do, and we even have the same color eyes!”

New Girl‘s Max Greenfield strips down for a SheKnows exclusive! >>

Producers of the stage musical reassured that the new project will not conflict with Deschanel’s New Girl, schedule. Besides, it’s a role Deschanel wouldn’t mind moving things around for. “Loretta Lynn and her music have been inspirations for me for as long as I can remember. She is a true legend and to be chosen to play such an iconic woman is a dream come true.”