Rosie Pope announced she will be tweeting live before and during her labor as a way to connect with fans. 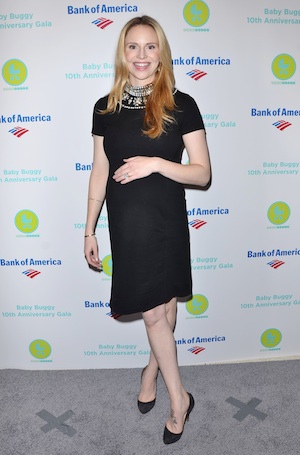 Rosie Pope of Bravo’s Pregnant in Heels announced today via a Bravo blog that she will be live tweeting all of her labor action with the hashtag #preginheels. Using social media to increase your visibility and brand is one thing, but live tweeting through your own labor? We were a bit surprised.

Bravo writes, “The stylish NYC maternity concierge & pregnancy guru prides herself on being open with fans and getting moms ready for the big day. She’ll take those traits to the next level any day now, giving live updates from @RosiePope before and during the delivery using the hashtag #preginheels.”

Rosie Pope is known for her maternity concierge business which helps wealthy, expecting mothers with anything and everything they need pre-baby. Pope also owns a couture maternity boutique with locations in Manhattan and San Francisco.

Bravo first followed Pope with their show Pregnant in Heels which aired back in April 2011. The show is back with its second season which premiers Tuesday, May 15. Pregnant in Heels‘ first season followed Rosie as she helped affluent mothers while documenting her own struggle to conceive a second child. After three rounds of in vitro fertilization, Pope announced her pregnancy in the initial episode of the second season of Pregnant in Heels.

Rosie Pope has been making the media rounds promoting her brand and Bravo show, which included a trip to the Today Show on Thursday. Ann Curry remarked that Pope was a trooper for agreeing to be on the show despite being almost full term. “I think you deserve a medal for being here today,” said Curry.