Community is no longer on the bubble. The NBC comedy has been renewed for a fourth season, along with Parenthood and 30 Rock. The Greendale study group, the Bravermans and Liz Lemon are sticking around. 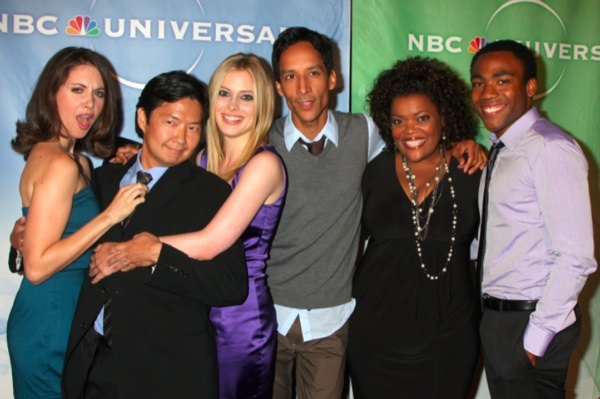 Thursday afternoon, NBC rolled out the red carpet for some early renewals. The network eased our fears when they announced that both Community and Parenthood would be back.

Both shows are critical darlings, but suffer from low ratings. Thankfully, NBC went for quality over quantity when deciding their future. Community and Parenthood will be entering their fourth seasons.

Confirmed: Community gets a return date >>

According to CBS News, 30 Rock has also been greenlit for its seventh and final season. Like Community, the Tina Fey series has received a shortened 13-episode order, which will end with its series finale. When it comes to 30 Rock, the writing’s been on the wall for years. We knew this was coming.

Co-star Alec Baldwin has been very vocal about his desire to move on. But his allegiance to Fey and his castmates held him back.

Friday afternoon, TVbytheNumbers reported that NBC unveiled the fate of its other Thursday night darlings: The Office and Parks and Recreation. Both shows will be back for their respective ninth and fifth seasons.

They’ll be joined by the freshman series Up All Night and Whitney which are also set to return. Unfortunately, the futures of Harry’s Law, Are You There, Chelsea? and Awake are still unknown.

Prior to this announcement, NBC had renewed Law and Order: SVU, Smash and Grimm. They’re expected to reveal their full slate next week, during the TV upfronts.

Are you excited about NBC’s latest returns?