Bristol Palin has suddenly decided to go public with her thoughts on everything from gay marriage to the celebrity no-makeup trend. Find out what she has to say — do you agree or disagree with her? 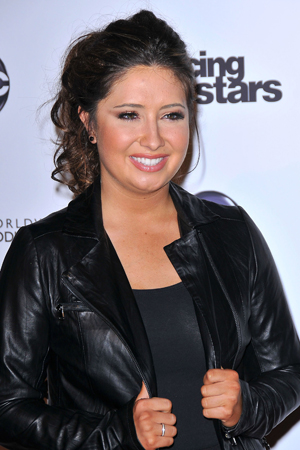 “Recently, the Drudge Report put a photo of Hillary Clinton’s face at the top over the headline: ‘Au Naturel.’ The photos were snapped in Bangladesh and India over the weekend, and people began chattering about how she didn’t look as polished as normal,” Palin wrote.

“Though she was wearing red lipstick — and cool glasses! — she didn’t wear foundation. After the Drudge link appeared, the Washington Post said she looked like a schoolgirl, the Atlantic approved of her appearance, and Fox News said she looked ‘tired and withdrawn.'” Isn’t it crazy how a little decision like, ‘Should I wear my foundation today?’ ended up getting so much national attention?”

We have to agree. Why does it make the news when an important leader opts to go makeup free? Aren’t there other problems we need to worry about, like the economy?

“As women, we should resist the urge to laugh at our sisters, both Democrats and Republicans alike,” Palin continued. “Plus, Hillary looks good! I think we should give her credit for not having a makeup artist following her around and for being comfortable in her own skin.”

This wasn’t the only rant the former Dancing with the Stars finalist released this week. The daughter of Sarah Palin went off in a blog post after President Obama spoke out in support of marriage equality.

“So let me get this straight — it’s a problem if my mom listened too much to my dad, but it’s a heroic act if the President made a massive change in a policy position that could affect the entire nation after consulting with his teenage daughters?” the single mother of Tripp wrote.

“While it’s great to listen to your kids’ ideas, there’s also a time when dads simply need to be dads,” she wrote. “In this case, it would’ve been helpful for him to explain to Malia and Sasha that while her friends parents are no doubt lovely people, that’s not a reason to change thousands of years of thinking about marriage.”

“It would’ve been nice if the President would’ve been an actual leader and helped shape their thoughts instead of merely reflecting what many teenagers think after one too many episodes of Glee.”

“Bristol should keep her uneducated ignorant mouth shut. If Ur living in the past u wouldn’t have a kid w/out marriage #hypocrite. It’s 2012!” the reality star wrote, referring to then-teenaged Bristol’s out-of-wedlock pregnancy.

Hey, Bristol? We appreciate you have an opinion, but you might want to acknowledge your own ill-advised decisions before you browbeat others with your mortality stick.