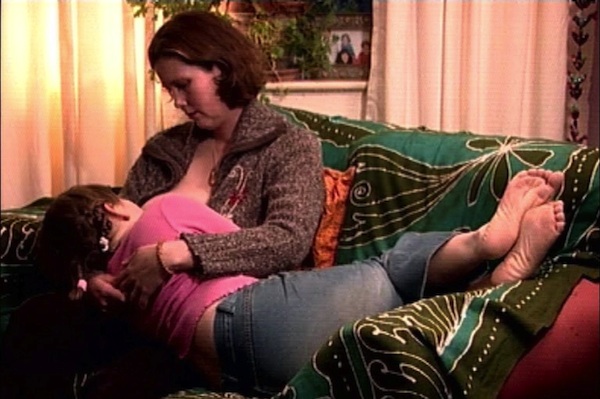 The recent Time magazine cover — which shows 26-year-old mom Lynne Grumet breastfeeding her almost 4-year-old son — continues to spark a large amount of controversy. Grumet defends her position, claiming breastfeeding toddlers is natural. “People have to realize this is biologically normal,” she said. “The more people see it, the more it’ll become normal in our culture. That’s what I’m hoping. I want people to see it.”

Celebrity parents face both criticism and praise given their very public personas and many are weighing in on what is now known simply as the “Time magazine cover story.” USA Today reports actress Alyssa Milano found the cover disturbing, tweeting it was “exploitive and extreme.” Milano continued, “You missed the mark,” she said. “You’re supposed to be making it easier for breastfeeding moms.”

Hollywood.com reports Mayim Bialik, “who’s the most well-known advocate of the [attachment] parenting style,” supports the controversial Time magazine cover. Bialik tweeted, “I am going to bat about this TIME cover photo for all of the amazing women who helped me be the mother I was.”

Rush Limbaugh even got in on the discussion by making the cover story political. We won’t get into those details here. Supermodel Joanna Krupa also took a stand against breastfeeding toddlers. E! News reports the model tweeted, “Breast feeding a 3 yr old is wrong! What’s wrong w ppl!”

What do you think of Time magazine’s recent cover? Do you think Alyssa Milano or Mayim Bialik are right or wrong?