George Clooney opened his home Thursday night to Hollywood and the President of the U.S. Barack Obama in what turned out to be a very successful fundraiser. 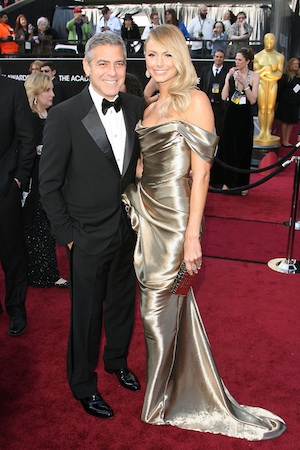 The Obama fundraiser led by George Clooney was a celebrity-studded affair last night. With dinner served by famed chef Wolfgang Puck and President Barack Obama as the guest of honor, 150 of Hollywood’s A-list mingled with the President of the U.S. at George Clooney’s home.

President Obama gave a speech which was tinged with humor as he praised Clooney. The President joked, “This is the first time that George Clooney has actually been Photoshopped out of a picture,” which garnered laughs from the audience. “Never happened before, will never happen again.”

“We raised a lot money because [of] people like George,” Obama said. “They like me; they love George.” And the Obama-Clooney fundraiser brought in a lot of cash — $15 million to be exact with ticket prices at $40,000 per person. The Huffington Post reports almost $10 million of the $15 million came from raffle entries made in the form of campaign donations — starting at $3 with an average of $23 — from individuals who hoped to win two spots at the fundraiser. Science teacher Beth Topinka from New Jersey and utility worker Karen Blutcher from Florida won the two coveted spots.

The Obama-Clooney fundraiser now holds the record for the largest amount raised in a single fundraiser.

What do you think of the Obama-Clooney fundraiser?