There’s drama going on in the Witherspoon family. Actress Reese Witherspoon’s father has been sued for bigamy by her mother — but all may not be exactly as it appears. 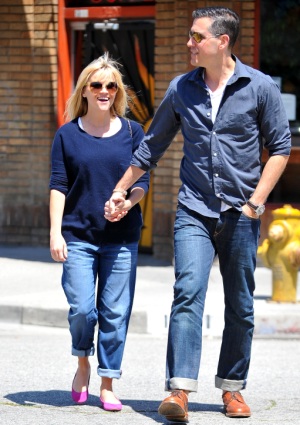 Reese Witherspoon’s dad is being sued by the star’s mother for bigamy. The couple, who wed in 1970 and have never gotten divorced, are at the beginning of what appears to be a heartbreaking legal battle.

Because Dr. John Witherspoon never divorced his wife Betty, his recent marriage to Tricianne Taylor makes him a bigamist — the term for entering into a marriage with one person while still legally married to another.

On Tuesday, Betty Witherspoon filed a lawsuit seeking to have her husband’s Jan. 14 marriage to a woman named Tricianne Taylor annulled.

Take note, Betty Witherspoon is more than just a jilted bride of 42 years, however, she’s a wife worried for her husband’s health and mental well-being.

Reese Witherspoon’s mother went on to describe her husband as troubled, dealing with alcohol problems, as well as hoarding and overspending, according to the lawsuit. It is her belief he suffers from early on-set dementia, and she fears “for my husband’s personal safety and the safety of my family.”

According to the affidavit, Betty and John “are in regular contact and speak together many times per week. They attend family functions together, including their daughter’s wedding in California.” She added, “When I confronted my husband, he said he didn’t know who Tricianne Taylor was and that he did not remember getting married.”

Reese Witherspoon, currently expecting a baby with husband Jim Toth, and her mother took steps to care for John in 2006. Betty explained, “My daughter and I made a decision not to allow my husband to borrow money recklessly which might encumber the marital estate. So we put the condominium where my husband now lives and my house in Sugartree in my daughter’s name.”

The mother-daughter pair has since learned through a private investigator that Tricianne Taylor has gotten John to sign a new will.

What do you make of the Witherspoon bigamy case?