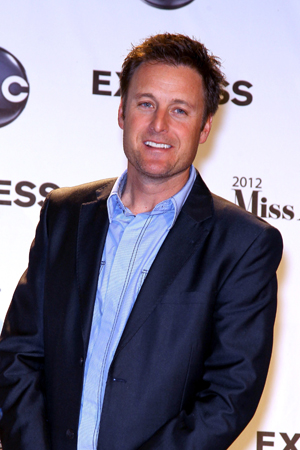 Chris Harrison, longtime host of The Bachelor, has split from his high school sweetheart and wife of 18 years.

And though he can be seen hosting the next season of The Bachelorette on Monday, will he soon be competing on his own show?

“I was waiting for that question,” Harrison said, according to People. However, he was incredibly realistic that it’s definitely not a possibility, given the timeline.

The Bachelor host Chris Harrison and wife to divorce >>

“Getting out of a 22-year relationship, having just announced my divorce to the world a week ago, having two kids and trying to start a new life, I’m thinking I wouldn’t exactly be a great candidate to be the bachelor right now or anytime soon.”

Harrison only had kind words for his soon-to-be ex-wife. “I had an amazing 18-year marriage to an incredible woman. I don’t have any regrets about the last 22 years of my life, the love and family that I had or the love and friendship that I have now [with Gwen]. I still hold that very dear and cherish it very much.”

The host isn’t letting his personal unhappy ending get in the way of helping other hopeful lovers find the real thing on television. In fact, it’s allowing him to do his job better.

“I still, and maybe more than ever, believe in the search and what everybody is doing on the show because I’ve been there and I lived that life,” Harrison explained. “I’ve loved deeply with [my] whole heart and know how great it can be. I will hopefully fall in love and find that again.”

What’s Harrison like on the dating scene? Don’t expect “the helicopter and private jet,” warned Harrison. “I haven’t actually had a date in 22 years so we’ll see.”