Sometimes it’s hard to pick which book to read next. When I’m undecided, I like to skim the opening pages of a handful of likely titles to see which one calls to me. Here are five books I have on my May reading list. Based on these quotes, which one would you read first?

I Couldn’t Love You More 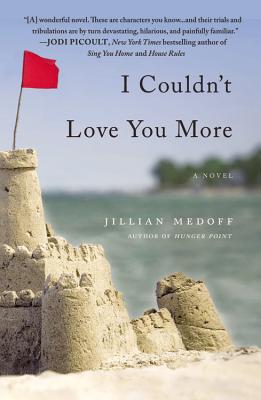 Although this signals the end of the evening, it’s not the end of the story. Princess parties are over when the clock strikes twelve, but families go on forever, which is why I’m not all that worried about Sylvia being angry. Still, I do feel awful when she storms off, especially since there was something so magical about the party. In a single afternoon, I saw her transformed from a sister into a princess, from a princess into an expectant mother, and from a mother back to herself. And the truth is, sometimes my sisters and I do get jealous, and sometimes we do say things to—and about—one another that are thoughtless and rude. We don’t mean them, though. It’s just whenever we’re together, we slip into our old familiar roles. As the eldest, I’m in charge, Maggie is the one we look after, and Sylvia is caught in the middle. Despite our best efforts to transcend them, these roles are ingrained and immutable; and because of this, we behave accordingly, even against our better judgment. (page 12)

Eliot Gordon is a twenty-first-century woman — an unmarried mother living in a committed relationship that has made her a step-mother as well. She juggles teens and toddlers, her guy’s ex-wife and carpools, her mother and her sisters and her challenging career. Despite the stress, she’s comfortable in her routine… that is until the day Finn, her first love, reenters her life. As Eliot walks the thin line between harmless flirting and betraying her partner, she loses track of what’s truly important to her, with devastating results. Jillian Medoff’s I Couldn’t Love You More explores how the power of family and unconditional love help us move past even our most destructive mistakes to find redemption and self-forgiveness. 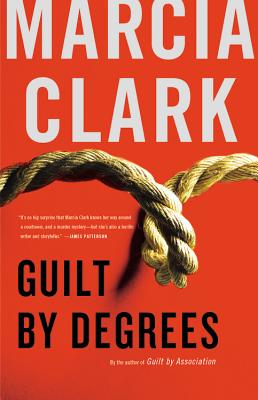 It took the better part of the morning for Sabrina to go from head-turningly gorgeous to invisible functionary, but the success of her efforts was undeniable…

Sabrina moved from the fringes of one group to another, watching every individual with a fierce, penetrating intensity. That gaze would have been disturbing had it not been effectively masked by frequent sips from her drink — water disguised to look like vodka — and fidgeting with her glasses. Sabrina could “watch” like no other — it was one of the many unusual arrows in her quiver that made her the best at what she did. With the patience of a sniper, she surreptitiously tracked every nod, turn of the head and gesture made by the figures of greatest importance, but she made sure to take in the more peripheral figures as well: who spoke to whom, who leaned in closely to whisper to whom, who left with whom. In that time, she’d seen what no one else would ever have noticed… and then some. (pages 27–28)

In her second novel, Guilt by Degrees, Marsha Clark returns to her smart, tough protagonist Rachel Knight, a Los Angeles prosecuting attorney. In this outing, one of Rachel’s colleagues fails to follow up on the murder of a homeless man, and she feels compelled to step in to do justice. The deeper Rachel probes, the more complex the “simple stabbing” becomes, and when the John Doe’s identity is discovered, her own life is endangered. Because Clark continues to develop Rachel’s background and current relationships, readers new to the series will have no trouble picking up on the attorney’s personality and style. Thanks to well-drawn characters, unexpected findings and attention-gripping action, the mystery is engaging from first page to last. 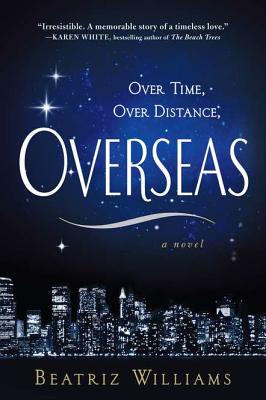 He turned at that, searching through the crowd for my voice, brow creased in confusion. His companions turned too, inspecting the faces around them, but Julian found me first, picked me out effortlessly from the shifting throng. He cocked his head and watched me approach, not moving an inch, sizing me up, his skin gleaming with rain in the hazy glow of a nearby arc lamp.

He didn’t know me at all.

I’d told myself to expect that, but the sight of his puzzled face still shocked me. It didn’t show the smallest bit of recognition. I was a stranger to him.

“Captain Ashford.” I tried to ignore the sting of his indifference, tried to ignore his beauty, his magnetism, and the shattering love I felt for him. “Do you have a moment?” (page 3)

Kate and Julian meet in the Wall Street hustle and bustle of modern times, and Kate and Julian meet on the front lines in France in World War I. In this dual-period, time-traveling romance, the lovers are destined to save each other from the perils of their circumstances. Beatriz Williams’s Overseas takes a fresh approach to time travel, and although both Kate and Julian can move through the years, they don’t travel together. This means they each have the chance to be a protector, and each has secrets to keep close. You’ll fall head over heels for the fated pair and will want to read their story all in one go. If you’re looking for an addictive, sizzling, escapist, romantic read, you need look no further. 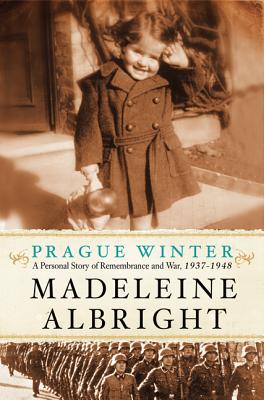 I was fifty-nine when I began serving as U.S. secretary of state. I thought by then that I knew all there was to know about my past, who “my people” were, and the history of my native land. I was sure enough that I did not see a need to ask questions. Others might be insecure about their identities; I was not and never had been. I knew.

Only I didn’t. I had no idea that my family heritage was Jewish or that more than twenty of my relatives had died in the Holocaust. I had been brought up to believe in a history of my Czechoslovak homeland that was less tangled and more straightforward than the reality. I had much still to learn about the complex moral choices that my parents and others in their generation had been called on to make — choices that were still shaping my life and also that of the world.

I had been raised a Roman Catholic and upon marriage converted to the Episcopalian faith. I had — I was sure — a Slavic soul. (page 1)

While telling her own story, Madeleine Albright is really telling the story of a generation of people forced to make life-altering decisions during the dark years of World War II. Choose poorly and you would die or condemn your loved ones to death. Choose wisely and you still might die or never see your family again. Prague Winter: A Personal Story of Remembrance and War, 1937–1948 is an emotional tale of well-guarded family secrets, new identities, the horrors of the Holocaust and the strength and courage of both survivors and victims. Albright’s memoir augments well-documented history by taking the realities of war-torn Czechoslovakia down to an individual level. She reminds us that the effects of war continue to be felt through the decades.

The Testament of Jessie Lamb 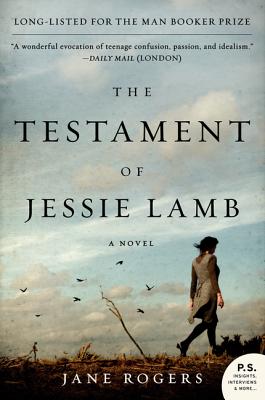 I thought it was normal, that’s the thing. When you’re little you think everything is normal. If your mother had a pointed head and green ears you’d think it’s normal. Only when you grow up do you realise that not everybody is like that. Gradually you can even come to learn that the time you are living in is strange too, that it hasn’t always been like this. The more you feel uncomfortable and unconfident and want to find a way to be like everyone else and fit in, the more normality runs away from you because there isn’t any such thing. Or if there is, you have to find someone else who’ll agree with you what it is. Which I seem singularly unable to do.

Back then, before, Sal agreed with me. Together we knew all the answers. And we thought it was normal for women to die. Or, even worse than that, almost that they might have deserved it, because they’d done something shameful. I thought that if you died it must be at least a tiny bit your fault. (pages 6–7)

In Jessie’s world, humans can no longer reproduce. Whether through bioterrorism or an act of God, pregnant women around the world are dying of Maternal Death Syndrome, an immune system dysfunction for which there is no cure. As the sixteen-year-old Jessie grows old, there will be no younger generations to carry on — animals will inherit the earth and the signs of humankind will crumble. What if someone thought he had a cure, but the cure came only with personal sacrifice? Who has the right to force women into being both hero and victim at one and the same time? Jessie struggles with these moral issues while trying to find a way to save herself. Jane Rogers’s The Testament of Jessie Lamb takes us into the not-so-distant future where women’s rights have fully eroded and humanity is on the brink of extinction. Dystopian fans won’t want to miss this literary and feminist coming-of-age story.

Must read: Next to Love by Ellen Feldman
April’s book passages: Pick your favorite
SheKnows Book Club: Join us!