Brendan Fraser has been off the radar for the last few years, though the actor says he’s not to blame. In a new lawsuit, Fraser claims he passed up other roles to star in a film that never made it to production. 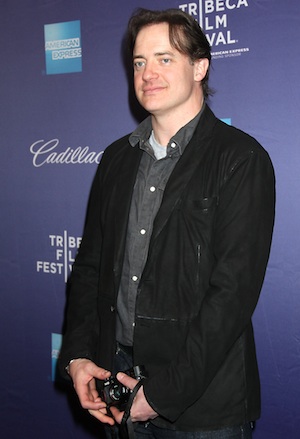 Brendan Fraser slapped two movie producers with a $2 million lawsuit Wednesday. Fraser claims producers owe him $2.5 million in acting fees plus $500,000 in damages when a film he committed to in 2011 — a remake of William Tell in 3D — failed to begin production.

Fraser’s lawsuit names Todd Moyer as a defendant and TMZ reports the actor claims he is owed for acting fees since he passed up “several other lucrative acting jobs to remain available.” When Moyer failed to secure financing for the film, Fraser says it was too late for him to recover the lost income.

Moyer didn’t seem worried about the lawsuit during a chat with TMZ. “This is the first I have heard of this lawsuit. As we told Mr. Fraser’s reps, we are ready, willing and able to make the movie for the Sept. 3 start date. [Producer] Julius Nasso and I have the movie fully financed.”

“Unfortunately, Mr. Fraser does not seem to be interested in making the movie as a 2D film as the producers intend to do,” Moyer continued. “This is not a contractual decision Mr. Fraser has the ability to make.”

The 43-year-old actor hasn’t been on the big screen much over the past couple of years — his last major role was a 2009 cameo in G.I. Joe: The Rise of Cobra. Fraser saw some box office success in 2008 with Journey to the Center of the Earth and The Mummy: Tomb of the Dragon Emperor.

No word yet from Brendan Fraser’s rep on the lawsuit.

Read on for more celebrity justice