Johnny Depp knows there’s a fine line between love and hate, as well as the signs for enemy and Valentine. The Dark Shadows actor owns up to making mistakes in Paul McCartney’s “My Valentine” video — almost. 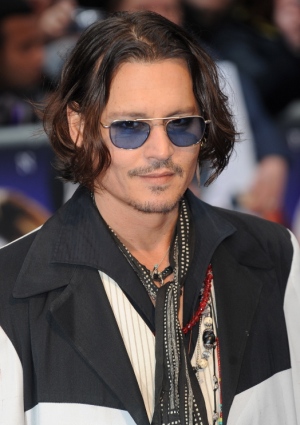 Johnny Depp may have screwed up the sign language in Paul McCartney’s “My Valentine” video, but it wasn’t entirely the actor’s fault! The Dark Shadows star has responded to critiques from those in the know by passing the blame onto someone else.

“I had to learn this sign language thing which is… all kind of different,” Johnny Depp said, addressing critics who believe he signed the word “enemy” rather than “Valentine” during the video.

The 48-year-old, who didn’t actually learn sign language for his video role, continued, “Apparently instead of signing ‘love,’ I might’ve signed ‘murder.’ But I was only copying what the guy showed me so track him down!”

Other than the sign language snafu, Johnny Depp enjoyed taking part in the black-and-white “My Valentine” video alongside actress Natalie Portman, which was directed by Paul McCartney himself.

Depp said of McCartney, “I’ve known him on and off through the years and ran into him. Then he gave me a call and asked me if I would be interested in being in his video. [I said], ‘Certainly, let’s do it.’ It was a gas.”

While Johnny Depp’s enemy/Valentine mix-up may be laughable, it pales in comparison to Natalie Portman’s apparent goof. The actress reportedly signed the word “tampon” instead of “appear” during her performance!

Is it fair game for Johnny Depp to pass the blame to his “My Valentine” sign language tutor?