Britney Spears signed on the dotted line Wednesday for a staggering sum. She will officially be an X Factor judge for season two. 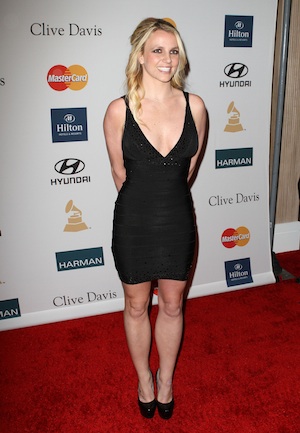 It’s official, Britney Spears will serve as a judge on the U.S. version of The X Factor. Rumors went into overdrive last week went it appeared Spears reached a deal but nothing was finalized. E! News reports Britney Spears will earn a whopping $15 million for her role. A source for E! News explained money was one of the major steps in reaching an agreement back in April, but smaller issues remained. “That was the big sticking point and now, thankfully, it’s been sorted. All they need to do now is work out the smaller points. The fact the money is now set means there is nothing stopping this from becoming a reality.”

No word on what the delay was between April and now, but E! News says little kinks in the contract created constant negotiations between Spears and X Factor producers. “The contract is signed,” said an E! News’ source — who is reportedly very close to Britney Spears. “There’s been a lot of back and forth over the past few weeks as they negotiated the small details, but she’s on. It’s all completed and Britney is beyond excited.”

Spears will earn $15 million for one season of The X Factor. Reuters reported $2 million of that salary will come from Spears’ performances on the show. The Wrap claimed Spears rejected an X Factor offer in March for $10 million and instead wanted $20 million. Christina Aguilera makes “upwards of $10 million” for her work on The Voice.

E! News says Britney Spears can’t wait to begin her work on The X Factor. “She’s ready for this,” says their source. “She can’t wait to sit down next to Simon Cowell and give this everything she’s got. She is excited about showing the world that she can do this, and do this well. This is the perfect next stage in her career. Both Britney and Simon are very excited to work together.”