Are four women and 17 kids enough for Sister Wives‘ patriarch Kody Brown? If it were up to him yes — but someone else has a say in the matter. Read on to find out who. 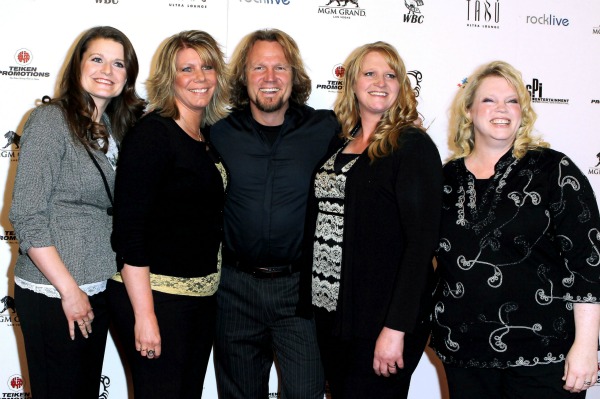 Will Kody Brown add more Sister Wives to his harem of four? That depends — not on his own wishes, of course, but on what God wants.

While the family’s reality show has highlighted how much stress the clan is under — adding a new wife, a new baby and new digs far away from Utah, from where they fled possible prosecution to Nevada — Brown said that choice simply isn’t up to him.

“Certainly not right now,” said Kody — that is, unless God tells him otherwise.

“You guys have to understand that I actually answer to essentially a higher call. I am part of an order, a church,” he explained to Anderson Cooper. “So there is this situation where I feel like I am maxed out and I don’t want to take another wife,” he said.

“I am not interested in that, but there is a requirement… I answer to a higher calling, and if that requirement comes along and I have a choice in it, then I will do it. I would prefer not to.”

The Browns were basically run out of Utah when Sister Wives became popular, and the clan settled in Nevada. Vegas has been good to the family. “It’s actually free and easy,” said Kody. “People apparently are tolerant, and it’s been a very good experience for us. We’ve got businesses that are going very well.”

As for those 17 kids, Kody told Anderson Cooper that not all of them are thrilled with the lifestyle. Will they leave the nests as fully indoctrinated polygamists one day?

“Yeah, but they change their minds. Some kids have already [said] they will, some are saying they won’t,” he explained. “Let’s go through college. That frontal lobe, that’s the part of the brain that lets you reason with reason — let’s get that developed and then let them make those decisions.”

Season three of Sister Wives premieres Sunday, May 13 on TLC.