It’s a miracle! Law and Order: SVU has been renewed for another season. The Dick Wolf drama, which debuted in 1999, will return this fall with Mariska Hargitay and Ice-T in tow. 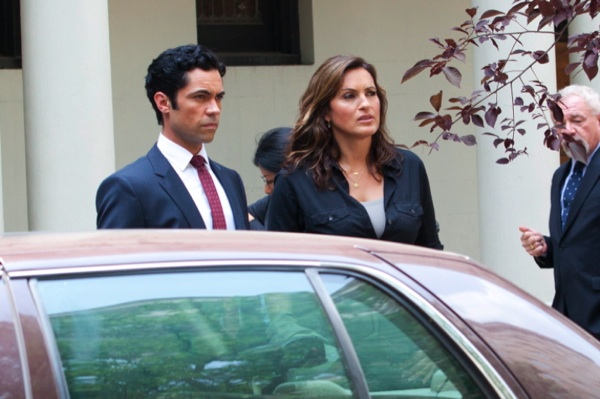 NBC is sticking with their long-running cop drama, Law and Order: SVU. They’ve officially renewed the series for a 14th season. Despite a decrease in ratings and a high profile exit, SVU is holding on for dear life.

According to Entertainment Weekly, the series will return with regular Mariska Hargitay, whose future seemed uncertain. Shortly after co-star Christopher Meloni left the show, fans were worried about her desire to stay. But thankfully, Hargitay recently confirmed she’ll be sticking around.

As for Meloni, he’s found work elsewhere. Detective Elliot Stabler won’t be returning to SVU anytime soon. The actor landed a full-time gig on HBO’s True Blood as a malicious vampire. Next month (June 10), he’ll make his big debut when the drama returns for its fifth season.

We’re happy SVU is staying put, and ecstatic that Meloni’s back on cable. The actor previously appeared on the HBO prison drama Oz, where he played Chris Keller. He was a psychotic killer who was always on the wrong side of the law.

True Blood will definitely take him back to his evil roots!

Are you excited about Law and Order: SVU’s renewal?