President Barack Obama has come out in support of gay marriage, despite his Christian faith. What caused his change of heart — and should you and your partner start planning your wedding? 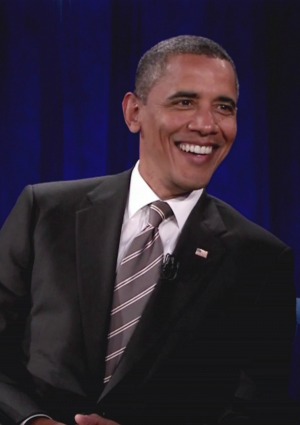 Despite — or perhaps because of — his strong Christian faith and his previous stance against it, President Barack Obama has finally declared his support for gay marriage.

In an interview with ABC News, President Obama said, “I think same sex couples should be able to get married.”

“I had hesitated on gay marriage in part because I thought that civil unions would be sufficient,” he said. “And I was sensitive to the fact that for a lot of people, the word ‘marriage’ was something that evokes very powerful traditions, religious beliefs and so forth.”

“I have to tell you that over the course of several years as I have talked to friends and family and neighbors when I think about members of my own staff who are in incredibly committed monogamous relationships, same-sex relationships, who are raising kids together, when I think about those soldiers or airmen or marines or sailors who are out there fighting on my behalf and yet feel constrained, even now that Don’t Ask Don’t Tell is gone, because they are not able to commit themselves in a marriage, at a certain point I’ve just concluded that for me personally it is important for me to go ahead and affirm that I think same sex couples should be able to get married,” Obama explained.

His daughters have been instrumental in his change of heart.

“There have been times where Michelle and I have been sitting around the dinner table, and we’re talking about their friends and their parents, and Malia and Sasha, it wouldn’t dawn on them that somehow their friends’ parents would be treated differently. It doesn’t make sense to them and, frankly, that’s the kind of thing that prompts a change in perspective,” he said.

As far as the issue conflicting with Christianity, well, Obama says he and the first lady have a little advice for you if you think God doesn’t think gays deserve the same rights as everyone else.

“We are both practicing Christians, and obviously this position may be considered to put us at odds with the views of others, but, you know, when we think about our faith, the thing at root that we think about is, not only Christ sacrificing himself on our behalf, but it’s also the Golden Rule, you know, treat others the way you would want to be treated,” he said.

But don’t get too excited. Despite his personal beliefs, he still thinks this is an issue that should be decided at the state level, not made into federal law.