After being shelved for most of the year, Cougar Town is back on the ABC airwaves — for now. But the network may wash its hand of the troubled show altogether. 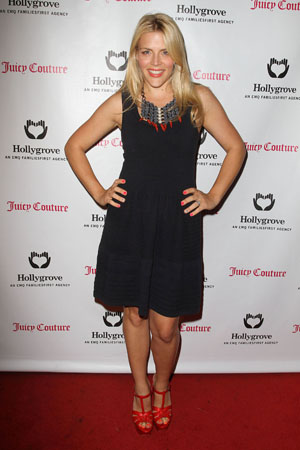 The residents of Cougar Town can’t seem to settle down. With a shortened series order and midseason premiere date, their future with ABC is still on the line as the network may cancel the popular Courteney Cox show.

However, if that happens, new episodes may appear on TBS, according to Deadline. An announcement could be made as early as next week.

Co-star Busy Philipps is looking to move away from ABC, and isn’t shy about saying so. In fact, she said she’s “really excited about the possibility” of switching networks because ABC has been mistreating Cougar Town for far too long now.

“It has not been fun to feel like the ugly stepsister of the network,” Philipps told E! News at Paul Frank’s Mommy & Me celebration at the Beverly Hills Hotel. “They moved us around, they took us off the air for months,” she explains. “I do feel a little disappointed in how they’ve treated the show.”

She thinks the grass is definitely greener on the other side.

“If TBS is willing to launch the show in a real great way and we would actually have like billboards and commercials, that would be really cool… I feel like if it really happens it’s kind of going to be like best case scenario for all of us,” she noted.

Will the rest of the cul-de-sac crew be into the idea of moving? “The terms of the matter are we don’t have a choice,” she joked. “Gung-ho or not, get on the train!”