Would people have more kids if the process weren’t so painful — without all the morning sickness, weight gain and labour pains? For Jennifer Lopez, it’s easy. 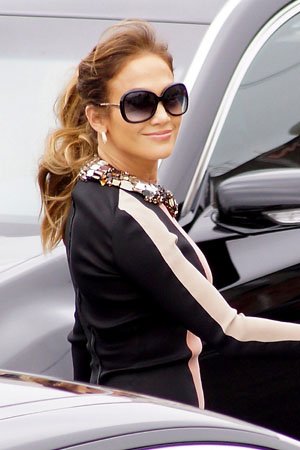 The verdict is in — the former American Idol judge wants more kids!

“It would be a blessing for me,” Jennifer Lopez said, according to E! News. “But right now I’m focused on doing it right with those two [Max and Emme].”

The entire process was quite easy for her altogether.

Cameron Diaz didn’t expect to put off motherhood this long

However, her role in What to Expect When You’re Expecting has opened up new motherhood possibilities for her.

“Before the movie, I never really thought about adoption at all and I was so focused on having my own and it took me a while to have my own. But after the film and during the making of the film, I held those two little Ethiopian twins and you fall in love instantly… It really occurred to me, I can see how somebody can do this.”

What to Expect When You’re Expecting: Meet the mamas! >>

And like her pregnancy, Lopez hopes that motherhood comes equally as easy to her. She does so by simply adjusting her priorities as best she can, like every other new mum does.

“All you really care is not messing up the baby part… that comes first for me and then everything else falls into line after that, that’s my philosophy,” she explained. “It’s just like any single working mum’s plight… it’s a juggling act and you just do the best you can.”