Season 2 of NBC’s The Voice came to a close last night and of the four final contestants, only one emerged as the winner: Jermaine Paul. 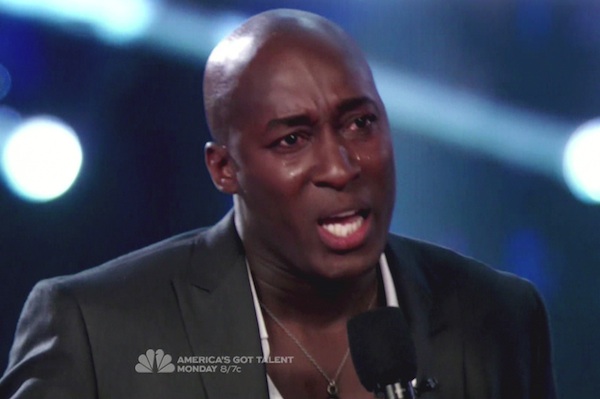 The Voice crowned its 2012 winner Tuesday night: Jermaine Paul! Paul wins season 2 of NBC’s The Voice over finalists Chris Mann, Juliet Simms and Tony Lucca. Jermaine Paul walks away from The Voice with a new car and a $100,000 recording contract.

The two-hour season finale included live performances from all four The Voice finalists as well as major celebrities such as Flo Rida, Lady Antebellum and Justin Bieber. At the end of The Voice finale, Carson Daly announced Jermaine Paul as the champion — a win for Blake Shelton‘s team. Paul — who used to sing backup for Alicia Keys — tearfully accepted The Voice‘s number one spot.

“I just wanna say thank you to everybody that voted for me,” Paul said. After thanking a long list of family members and friends, Paul gave the ultimate credit to God, “Nobody but Jesus man, nobody.” Jermaine then took the stage and sang a reprise of his Monday performance of “I Believe I Can Fly,” made famous by R.Kelly.

Chris Mann placed fourth, Tony Lucca placed third and Juliet Simms came in second. The LA Times reports Mann and Lucca were separated from third place “by only a quarter of one percentage point.” Lucca was the face of major press in recent weeks for what seemed to be a feud between him and fellow former Disney Mickey Mouse Club co-star Christina Aguilera.

Jermaine Paul was often a fan favorite on The Voice, known for his genuine and nice-guy appeal. Congratulations Jermaine!