She’s hilarious on Fashion Police and praising the best dressed celebrities on the red carpet. It’s about time that Giuliana Rancic has her own fashion line. 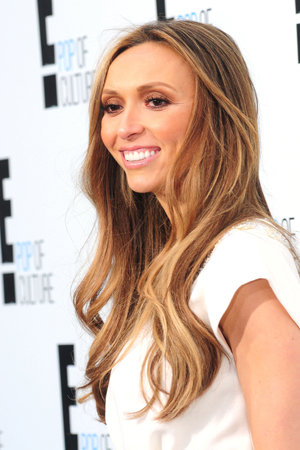 How else does a woman prepare for motherhood but continue to work on multiple television shows? By finally starting her own fashion line, of course. Leave it to Giuliana Rancic, the soon-to-be supermom to take on such a task!

The E! News anchor and television personality of Fashion Police and Giuliana and Bill has partnered with HSN to launch her own clothing line. Entitled G by Giuliana, the stylish yet wearable collection will debut later this year.

“I’m beyond excited,” Giuliana dished to E! Online. “All the time I’ve spent on Fashion Police, E! News and Live From the Red Carpet puts me on the front line of style.”

Her debut collection will launch on HSN, HSN.com and HSN Mobile early this fall — after the baby arrives.

“Viewers are always asking for style advice so it inspired me to start my own line,” she added. “My priority was to make clothes that were very affordable and very chic.”

As a seasoned sartorialist of Fashion Police, Giuliana has her work cut out for her — and she knows it!

“I definitely kept Joan Rivers in mind while designing the line,” Giuliana joked. “I want to make sure I am on her best dressed list!”