A second man has joined the sex lawsuit against actor John Travolta, and the juicy tidbits are getting more and more lurid by the day. Read on to find out all the dirty details. 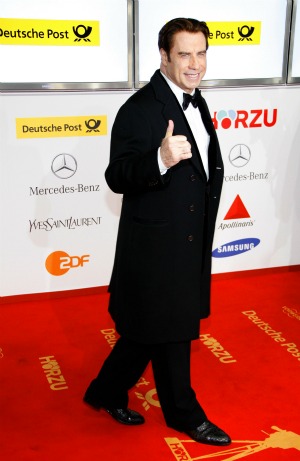 John Travolta is being double penetrated by a sexual assault civil lawsuit. A second masseuse has joined the first in alleging the actor made unwanted sexual advances toward him and tried to force an unwanted romp in an LA hotel room during what was supposed to be a regular ol’ massage. The details that follow are definitely for adult eyes only!

According to the addition to the lawsuit obtained by RadarOnline, on the morning of the encounter Travolta had “a strange demeanor, bloodshot eyes and climbed onto the already setup massage table… Travolta removed the entire sheet from his body, and he claimed the sheets were sticky and could not tolerate the heat… Travolta further indicated that he likes a lot of ‘glutes’ work meaning a massage on his buttocks… While he was massaging near Travolta’s buttocks area, Travolta would open his legs and spread his butt cheeks open and had a full erection and would maneuver in a way to try to force Doe Plaintiff No. 2 to touch his anus and around his anus.”

John Travolta is a vampire >>

The actor is flatly denying all allegations, and his lawyer Marty Singer said Travolta wasn’t even on that side of the country when these incidents allegedly took place but rather in Georgia filming Killing Season.

“The problem in America is anyone can sue anyone,” Singer said. “However, in this case this unidentified plaintiff and his lawyer will regret they filed this fabricated suit. On the date when plaintiff claims John met him, John was not in California, and it can be proved that he was on the East Coast. Plaintiff’s attorney has filed this suit to try and get his 15 minutes of fame. John intends to get this case thrown out and then he will sue the attorney and Plaintiff for malicious prosecution.”