Johnny Depp has revealed to Ellen DeGeneres his curious method for finding inspiration for characters. Willy Wonka, for example, is modeled after a very high former President Bush. 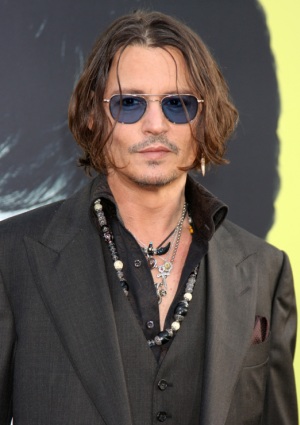 Johnny Depp seems to believe that if former President George Bush were to smoke a lot of marijuana, he just might resemble the quirky character Willy Wonka — or, at least, he’d like to think so.

Confessing where his inspiration for the chocolate factory creator came from during a visit to The Ellen DeGeneres Show, Johnny Depp shared, “Certain ingredients you add to these characters — Willy Wonka, for example, I imagined what George Bush would be like… incredibly stoned, and thus was born my version of Willy Wonka.”

The actor, currently promoting Dark Shadows, went on to say, “Scissorhands was a combination, it was the idea of a newborn seeing things for the first time and also a dog that I had and the unconditional love and purity in my dog.”

”Anywhere that you can find a moment of irreverence or absurdity, I’ll stick it right in there — sometimes to the dismay of the director.”

Despite his chameleon-like ability to take on and create film characters, the actor has one very specific fear. Johnny Depp told notorious mover and shaker Ellen DeGeneres of dancing, ”I fear it more than anything in the world. I’d rather swallow a bag of hair.”

Do you see any similarities between Johnny Depp’s Willy Wonka and George Bush?