Disney and Marvel Studios have their eyes on the prize. And right now, that prize is The Avengers. The blockbuster is breaking records left and right, and they’re capitalizing on it. Get ready because The Avengers 2 is on the way! 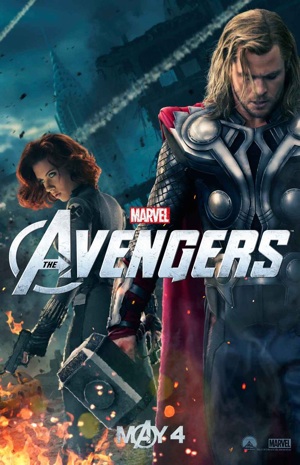 Last weekend, Marvel’s The Avengers broke several box office records with its May 4 debut. It earned over $200 million in its first three days, making it the biggest opening of all time.

Marvel Studios and its parent company Disney, won’t let that success go to waste. They’ve already confirmed that an Avengers sequel is in the works.

The news was announced today by Disney Chief Bob Iger, during a conference call with shareholders.

The sequel’s release date hasn’t been revealed, but it will likely follow next year’s Iron Man 3 and Thor 2, as well as 2014’s Captain America 2.

Marvel has already laid the groundwork for The Avengers follow-up. The studio is notorious for their post-credit Easter eggs, and The Avengers had two. The first of which featured a popular character who’ll probably be the sequel’s villain.

The internet is already buzzing with new storylines the heroes can tackle. The Avengers have such a rich history to pull from. The first issue of their comic book debuted in 1963. That’s nearly 50 years of drama on tap.

The Avengers TV spot: Every team needs a Captain >>

To date, The Avengers has raked in $226 million domestically, and an additional $475 million overseas. Its worldwide total is currently $702 million. That’s more than the lifetime grosses of Iron Man, Iron Man 2, The Incredible Hulk, Thor and Captain America: The First Avenger.

Thanks to good word of mouth, The Avengers could easily top next week’s box office.

Are you ready for more Avengers action?