Can’t we all just get along? That’s never been the motto of Desperate Housewives, neither in the script nor in reality — at least not toward Teri Hatcher. 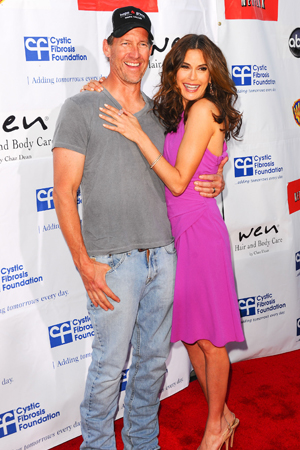 Just because the show is ending doesn’t mean the rivalry is over. Doesn’t each episode of Desperate Housewives already have enough drama of its own?

Not according to the ladies of Wisteria Lane. According to Celebuzz, the women gifted the crew of the ABC show with luggage gifts as a thankful farewell after eight successful years. Eva Longoria, Marcia Cross, Felicity Huffman and Vanessa Williams presented their thanks just after the last scenes of the series finale were shot.

“Just know that on all your future adventures you are carrying a little piece of our love and gratitude. Thank you for a magical 8 years,” read the gift card. It was signed, “Love, Eva, Marcia, Felicity and Vanessa.”

Teri Hatcher’s name was omitted from the greeting — and rightfully so, says a show insider.

“The girls don’t get along with Teri so they organized this and left her out,” said a production source.

It’s not the first time the female feud on set has leaked out into the public. Desperate Housewives creator Marc Cherry testified during Nicollette Sheridan’s court case that the actress in question once mentioned to him that Hatcher was the “meanest woman in the world.”

And it’s been going on for years — during the cast’s Vanity Fair cover shoot back in 2005, both Cross and Longoria reportedly threatened to walk off the set if they were forced to pose with Hatcher in the center of the frame!

Tune in to the last of the on-screen ABC drama this Sunday at 9 p.m. EST.