Blake Lively is usually a staple at the Met Gala, but she was nowhere to be found this year. Instead, she enjoyed a romantic getaway to boyfriend Ryan Reynolds’ hometown of Vancouver. 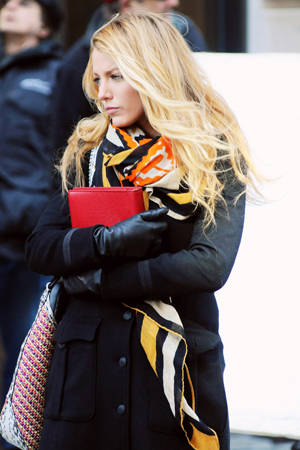 It seems like everyone was at the 2012 Met Gala on Monday night in Manhattan. Everyone from Beyoncé to Gwyneth Paltrow broke out their best couture for the red carpet. One person was notably missing, though: Gossip Girl darling Blake Lively.

Lively, 25, has attended the Met Gala for years as a guest of notable designers like Karl Lagerfeld. This year, she decided her vacation with hottie Ryan Reynolds was more important than a fancy ball. The couple spent the weekend in Reynolds’ hometown of Vancouver, according to People.

On Friday, Lively and Reynolds headed to Grouse Mountain with a few of his family members to dine at the luxe casual eatery Altitudes Bistro, according to onlookers. “It was a really nice family reunion,” a source told People, adding that the chef gave them a platter of appetizers. “They spent several hours catching up on the latest news and sharing lots of laughs with each other.”

It’s getting serious between the Green Lantern co-stars: Lively recently purchased a home in Bedford, New York a couple of months ago and Reynolds has been living with her there. Moving in is a big commitment for Lively — the actress recently told Elle that she doesn’t get serious with just anyone.

“I’ve had four boyfriends in my whole life,” Lively, who has dated Penn Badgley and Leonardo DiCaprio. “I’ve never been with anyone that’s not a boyfriend. If I spend time with a man, it’s because they’re somebody that I know well who has been a friend for a while.”