What’s the quickest way to set a woman’s biological clock in motion? Put a baby in front of her — extra points if she’s related to the brand new bundle of joy! 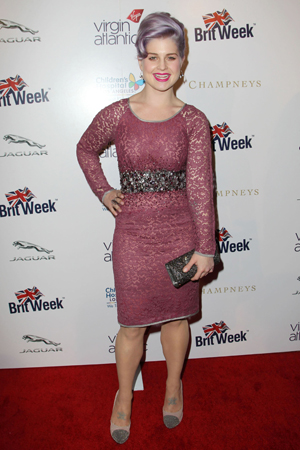 Jack Osbourne and his fiancée Lisa Stelly welcomed their daughter, Pearl, into the world last month. And though it’s been great news for the couple, the new girl in the family also has Jack’s sister absolutely sick — with “baby fever.”

She spilled the confession while sitting in on Anderson, an episode that airs tomorrow, according to E! News.

“I have to tell you, I never believed in love at first sight,” said the E! Fashion Police host said to Anderson Cooper.

“And then when I saw how perfect and beautiful this baby was, I lost it,” she added.

The reality star already knows what kind of parent she’ll be, someday — and she isn’t afraid to say so confidently.

“I’d be the best mom ever,” she explained to Anderson. “I would. I’ve got great training from my mom.”

However, she knows she has her hands full in the meantime. With Jack and Stelly busy being responsible and disciplinary as Pearl’s mom and dad, Kelly voices that her familial role will definitely be full of fun.

“I want to be [the cool aunt], but I’m under strict instruction not to spoil her,” she said. “But I don’t think that’s going to stick.”

She also has time to practice her maternal instincts with her two dogs which, she told Anderson, do not make a mess like the ones who often made a mess in The Osbournes household!

It’s a girl for Jack Osbourne!
Kelly Osbourne not done fat-shaming Christina Aguilera
The Osbournes are returning to primetime television!