Ben Affleck goes to Hollywood to make a fake movie so he can smuggle six diplomats out of Tehran during the Iran hostage crisis in Argo. 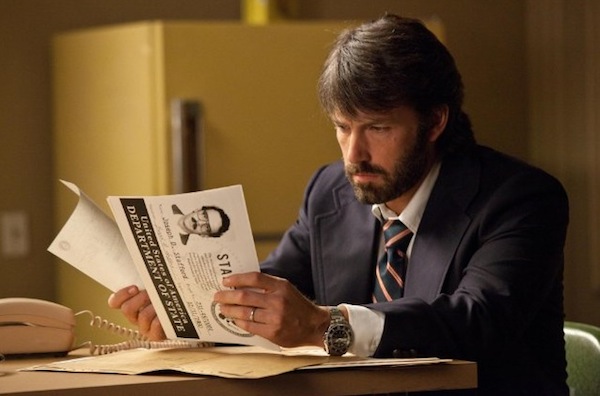 It’s the 70s. It’s Ben Affleck. And it’s fake Hollywood. Confused yet? You won’t be when you see the new trailer for the political drama Argo, set to release this fall.

Based on a true story of a mission the U.S. government went on to rescue six diplomats from Tehran during the Iran hostage crisis, the film was born out of a 2007 Wired article titled, “How the CIA Used a Fake Sci-Fi Flick to Rescue Americans from Tehran.”

And it all happens under the leadership of a mop-topped Ben Affleck, in front of and behind the camera. The 39-year-old actor not only stars in, but also directs, Argo. So, Ben, was your new ‘do just for the part, or did you kind of love it, just a little bit…?

Affleck plays Tony Mendez, the man Washington sends to Hollywood to cook up this elaborate scheme of making a movie so they can get the secret six out of Iran by way of a film crew. Using fake identities, the hostages can hopefully make it out alive… with a little help from Hollywood, whether they know it or not.

Argo is produced by George Clooney and Grant Heslov (co-writers of The Ides of March).