Things got heated on The Voice when Christina Aguilera criticized Tony Lucca’s choice of song — a choice some say was directed straight at his former Mickey Mouse Club costar. 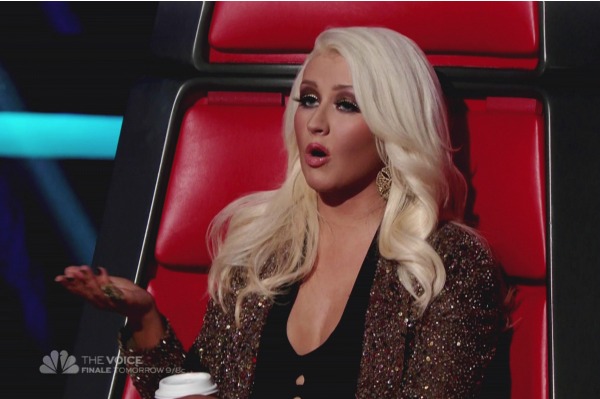 Tony Lucca tore up The Voice on Monday night with an awesomely bluesy version of Jay-Z’s hit “99 Problems,” but his apparent mortal enemy Christina Aguilera was guzzling haterade again and tore him to shreds over what she called disrespectful lyrics.

The words of the song include “I got 99 problems but a b**** ain’t one” — along with other fun and colorful slams — and Aguilera, who has been especially hard on her former Mickey Mouse Club costar all season long, was not a fan.

“Your beautiful wife and your daughter and family are here tonight and I just thought, you know, the lyrical connotation was a little derogatory towards women,” she said.

If true, it’s a big stretch — and on-set sources say the song choice was actually a slam sent in Aguilera’s direction.

“Adam and Tony wanted to call Christina out as a b**** but make it clear she’s not a problem for Tony,” an insider told RadarOnline. “It was completely aimed at her. It was Adam’s idea, but Tony absolutely loved it.”

That is totally LOL-worthy if true, and so is the fact that Aguilera, who didn’t even bother to wear pants on last week’s show, is talking about respect for women. One person who agrees is Lucca’s friend and sometimes touring partner, fellow musician Ernie Halter.

“What the hell does a Dirrty pantless tiara wearing @TheRealXtina know about being respectful to women??” Halter wrote on Twitter, later posting a screen shot of the judge texting while Lucca was trying to thank her, Levine and Cee-Lo for their guidance.

The Buzz: Watch Tony Lucca sing “99 Problems” on The Voice

Tell us: Who is more disrespectful, Tony Lucca or Christina Aguilera?