Johnny Depp said his life sucked until he had kids — and he works with director Tim Burton so often because he is one of the few people who has ever been a true friend to him. 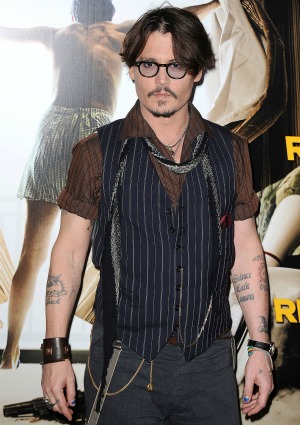 It is so hard to be a heartthrob lusted after by millions — just ask Johnny Depp. The actor said his life pretty much sucked until he had kids starting back in 1999, and he developed a friendship with frequent collaborator Tim Burton.

“There is nothing on earth that could ever make me want to relive certain years of my life when I was young,” Depp told Britain’s The Sun. “You grow up a bit damaged or broken then you have some success but you don’t know how to feel good about the work you’re doing or the life you’re leading. You feel empty.”

“I was angry and frustrated until I started my own family and my first child was born. Until then I didn’t really appreciate life the way I should have, but fortunately I woke up.”

Depp first worked with now close friend and Dark Shadows director Tim Burton back in 1990 on Edward Scissorhands and developed a close relationship that he said also helped keep him out of a constant funk.

“I value his friendship greatly,” Depp said. “It’s always been important to me because when I was younger I didn’t have that many close friends.

“I was moving around so much with my mother and sister that it was hard for me to settle down anywhere. My mother must have moved us 30 times until my parents split, so I’ve always been very protective and grateful to the true friends I’ve made along the way.”

“Tim’s a great friend and a brilliant director. If it hadn’t been for Tim, I would probably be a minor actor working in horror B movies. Tim had to fight to give me the lead role in Edward Scissorhands in 1990 when I was still unknown, and he’s always stood by me even when things weren’t going well later in my career,” Depp explained.

“I owe him so much because he believed in me from the beginning. I would play any role in any film that he asked me to do purely out of gratitude. I love him like a brother.”