The HBO series Girls misfires again in this week’s episode that has viewers pulling their hair out wishing the characters would just stop their whining, grow a spine and grow up. In the wake of the recent backlash, it’s curtains for the series for this viewer (and many others) as the backlash grows. 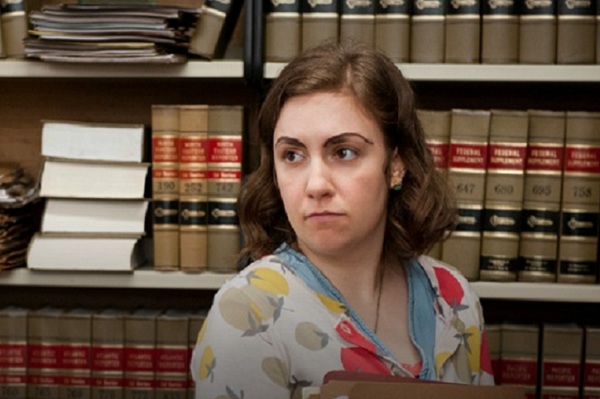 {Note: I admire all who create. Creating is not easy. Still, when you put something you create into the world you open yourself up to criticism. Girls has been getting a fair share of it as of late, some of it deserved. The following is my opinion, take it for what it’s worth. I believe that Lena Dunham can do better.}

The problem with the HBO series Girls (by creator & star Lena Dunham) isn’t so much the backlash and controversy against the show, although that was on an epic scale. (In case you missed it, one of the show’s writers tweeted insensitive comments that were deemed “racist” which lead to a critique that for a show set in Brooklyn, a very diverse borough, it lacked diversity.) The problem in addition to that is — the show isn’t as funny as it thinks it is. The characters are so pathetic while being so arrogant at the same time that it’s hard not to feel they deserve every horrible thing that happens to them. In short: They act like idiots.

And not the endearing kind.

“Hannah’s Diary” doesn’t show them changing anytime soon. They’re still clueless girls who want us to revel in their cluelessness. They are the kind of moronic idiot that is hired as a nanny, goes to the park to talk down their nose at actual (multi-cultural) nannies, and then loses your kids. Then said nanny goes home to flirt with your husband who tells said nanny that losing children in public “happens to all of us.”

God bless and god help us all but um, cough, no — it does not.

The moment at the end of the show made me pretty much decide to put Girls on my own personal permanent hiatus. A show this self-consciously awkward cannot expect us to believe this phoned-in attempt at a “heartfelt” moment. Plus it totally misfired. Jessa is a totally unlikable character. It’s not that we don’t have sympathy for her — we just simply pretty much despise her. Like most in the show, she’s self-involved to the point of needing an intervention. Hello, Jessa, reality’s calling: It wants to bite you (in a last-ditch effort to make you grow up).

Is this the new thing in the low-rent hipster world? You’re a self-destructive moron who doesn’t give a f*** and we’re supposed to revel in this? Whoever’s selling that can keep it. I ain’t buying.

This show is “adorkable” and “awkwardable” but it is just not cute. Not cute at all. In fact, it’s the anti-cute. It also is not really all that funny. Not nearly as funny as it wants to be.

I want to like it. I want to like Hannah, I really do. I want it to be “quirky,” and witty, and smart and even off-kilter and bizarro. But at the end of the day — I just don’t. I cannot escape the feeling of wanting to swear at the television screen and hurl my hipster T-shirt at my flat panel TV. But then I’d be watching the show either a) topless or b) in my cami. Oh wait — Hannah already did that in this episode.

There, I said it.

When she took her top off, to take the topless photo of herself, the camera could’ve cut from the shoulders up. The only conclusion to draw is that she wants the world to get a gander at her headlights. Okay, noted. You got two boobies, so do most girls. Can we move on now?

The episode was downhill from there. I tried to get into it. I tried not to get annoyed at the hipsterism gone awry. There are different kinds of hipsters but this show represents the worst kind: Entitled and lazy East Coast hipsters who actually come across like they’re stupid. They make mistakes and bad decisions and it’s not okay. Why? Because they should know better.

Girls would play better as a tragedy than a comedy. Nearly ever single character is a complete f***-up and totally lost. It’s as if the lost generation became very self-conscious and decided to just give up.

Hannah appears to have completely given up. Her quasi-“friends” either wear a coat of such forced cynicism it’s plastered on like lipstick on a 3-year-old — desperate to appear cool but really not grown up yet; or they come across like forlorn little girls: Aimless, confused buoys — floating on the sea of life — desperate to cling to any man hoping he will rescue them.

Why — oh why — can’t there be one character in the show who gives a rat’s ass about her career? Is career a dirty word to these Girls? Is trying uncool? How about just a passion about anything? Like, even, a hobby? Is learning freaking Windows and Word macros that difficult?

The “awkward” moments abound: An overly-eager character’s overly-eager date goes down on her, much to her chagrin. We get it. It’s the flagship “awkward” moment. Then there’s the kind of funny text with the requisite “OMG!” that follows (only in this case, it’s characters repeating “Oh my god!” over and over until you want to hurl your vinyl record collection at your flat panel TV). Turns out, Hannah’s non-bf BF accidentally texted her a photo of his penis dressed up as a squirrel in a fur that someone said looked liked their grandmother’s fur coat. Kind of funny. Then Hannah’s flashing the camera her set, which was “awkward.” And Hannah’s whole office dysfunction.

I didn’t want to go here but I’m going: For all the controversy surrounding Girls, no one’s really taken on the feminist angle. Trust me, I don’t even really mean feminist (other than in the broadest sense of the word). I mean like just a normal, upright, breathing, responsible, female women.

I’m starting to dislike this show so much — I’m starting to really dislike Judd Apatow. This is saying a lot since I considered myself a huge Apatow fan. Maybe Apatow does represent, on a big scale, like never taking responsibility. Many characters in Apatow movies have that in common. Many of these girls are learning to deal with responsibility, they’re not fully grown-up yet but hello, they are 24 not 14. Or rather — they are 24 going on 14.

So back to the office. Hannah’s boss decides that he’s going to give her a “massage” and feels her up (er, down) instead (hand down shirt). No, that’s not cool. While most women can understand inappropriate stuff at the office, or borderline stuff, or off-the-cuff jokes (especially if you’ve ever sat in the writers’ room on a comedy show, I have) — you roll with it. What you don’t really ever roll with is some old dude, as in ancient — sticking his hand down your shirt.

Unless you’re just like really kind of messed up. By that I mean: A total f*** up.

When he’s your boss and you don’t like it? It just isn’t cool.

Since I’m complaining, the other thing that wasn’t cool was the stereotypical portrayal of minorities in the office. They spoke with strong accents. They drew absurd eyebrows on Hannah’s face (which her BF later said she looked “Mexican:” Is this supposed to be a Frida Kahlo joke or what?). They also told her to accept the Old Mister-Cop-a-Feel and deal with it because they got financial perks and kickbacks from the old perv.

I don’t know about you, but most tough city girls (of any race) that I know — would not put up with this crap. The episode ends with her roommate’s boyfriend writing a partial song after reading Hannah’s diary. I felt like I was watching an Afterschool Special, we’re back in the 24 going on 14 territory again.

If the show had something to say — or was extremely funny — these types of egregious and offensive elements could be overlooked. As it is, it is just so annoying that it makes me want to shout at the television screen.

A lesson to be learned here is that pathetic girls aren’t funny because these Girls have lost themselves — lost their power. They have no self-esteem. They don’t even aspire to self-esteem. That goes from awkward to just — yuck.

You really don’t play the victim when you have a choice.

A show isn’t a political statement, but what is this show saying?

I want to be on the “Oh I’m so hip” bandwagon and give a big ole Facebook “thumbs up” “Like” to this show but I just can’t do it.

Not until Hannah discovers her spine and starts taking life a little more seriously.

In the meantime, I wish her the best on her journey. May she find a good eyebrow stylist (may I recommend threading) and learn to keep her shirt on and that she does not have to work for a perv. I thought the personification of a New York woman was that she was a tough, ballsy, no-bs type of woman. Hannah has the personality of moldy socks and can’t seem to find her spine or any cojones. Maybe the Midwestern girls have it right — all that cold and snow makes you tough and independent. Or the California girls who work smart (not hard) and are independent and savvy. Failing that — maybe Hannah just needs to move out of New York.

Maybe I just don’t get it. If glorifying absolutely aimless incompetence and powerlessness for women is the new cool — you can count me out.