Former Lost star Matthew Fox was arrested for DUI on Friday. How much did he have to drink? 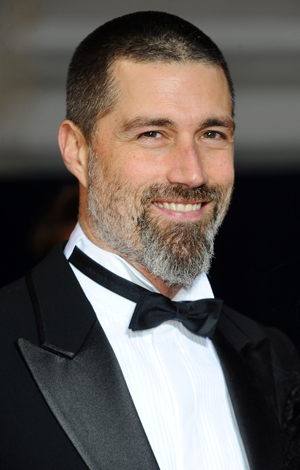 Former Lost actor Matthew Fox just joined a super exclusive club of actors this past weekend. Well, it’s not really that exclusive — and you don’t want to be a part of this club. Why? It’s the celebrity DUI club and it costs a ton of money (and some jail time) to join.

Fox, 45, was stopped near his home in Bend, Oregon, just after 3 a.m. last Friday when an officer noticed he was failing to signal properly or stay within a lane of traffic. He was then arrested and booked into Deschutes County Jail and released about an hour later, according to the Associated Press.

Why was he out that late? He was apparently on his way to get some fast food grub with a pal, according to reports.

Sadly, we don’t get to add Fox’s photo to the celeb mug shot hall of fame — TMZ reports that the camera at the station was broken. On the bright side, he’ll have to go back to the station to get it taken.

Fox moved to Oregon after Lost ended in 2010 with his two children and wife of over two decades, Margherita. The actor told Playboy that his family — and his marriage — are very important to him, even though he’s been accused of cheating with an Oregon stripper.

“Margherita and I have been best friends and best lovers. She’s the love of my life. We have managed to both be intensely independent and maintain that strength in our relationship. I am a man and I am an appreciator of women,” he told the magazine. “At the same time, Margherita is the s***. I can honestly say we’re good together. We’ve been together for 23 years, so let’s leave it at that.”

No word on what she thinks about her husband’s DUI, though we can imagine she’s not pleased.