It’s official: No Doubt will release a new album in 2012, and the news came straight from the mouth of Gwen Stefani herself! Read on to find out the deets. 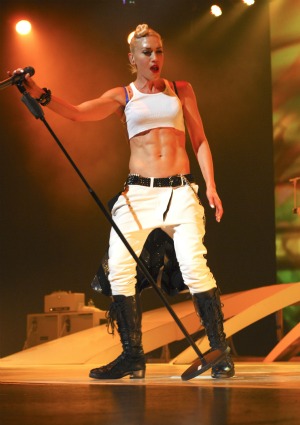 Have you been holding your breath for a new No Doubt album? You can let it out now, because one is coming sooner than you think.

Gwen Stefani spilled the beans on a YouTube video along with the rest of the band that a new No Doubt album will be in your hot little hands on Sept. 25, 2012.

“We’ve been sharing a lot of information with you, but there’s one piece of information that we’ve held back,” Tony Kanal said, “and today might be the day to tell you that…”

Most fashionable celebrity moms of 2011 >>

“Our record is coming out on Sept. 26,” frontwoman Gwen Stefani announced.

“We hope you like the new video and the big news — the new album will be out on Sept. 25. We are incredibly excited to share the new music with you. Ear candy coming your way!” the band added in a message posted on their website. “Thank you all so much for your support over the last 25 years. We’re really proud of our new album and we hope you love it as much as we do.”

No Doubt rose to fame in the 90s and launched the career of Gwen Stefani, who has since had a successful solo foray and a hot fashion line. Their last album was released in 2001.