Lifetime Television wants more lady lovin’. The cable network has picked up Jennifer Love Hewitt’s The Client List for a second season. And you know what that means? Plenty of sultry drama to heat up your TV schedule. 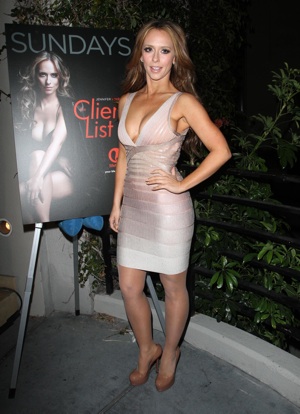 Lifetime is snagging another helping of Jennifer Love Hewitt and her show, The Client List. The risqué drama has scored a second season renewal, which means there’s more sexy-time in the network’s future.

Jennifer Love Hewitt is down for “amazeballs” massage >>

The Client List stars Hewitt as a masseuse who goes above and beyond to please her patrons. And according to The Los Angeles Times, the series will return next year for a 15-episode season.

The drama debuted in April and attracted nearly three million viewers, making it one of the network’s most-watched premieres. It’s only rivaled by Drop Dead Diva, which pulled similar numbers back in 2009.

“The Client List represents everything we want to be — fresh, exciting and original with attitude. We love Jennifer and this series and are equally thrilled that they have connected with our audience, especially as we express our new brand, ‘Your Life. Your Time.'”

Once the big news was announced, Hewitt was so excited she couldn’t contain herself. She took to Twitter to thank the network and her cast mates.

“I’m so excited right now I’m crying!!! The Client List just got picked up for season 2!!! Thank you lifetime! Thank you all for watching!!!”

Are you pumped for The Client List: Season two?