If only the doors of Central Perk would open up again to feature the six Friends we watched for ten hilarious years. But the cast says we shouldn’t root for a reunion. 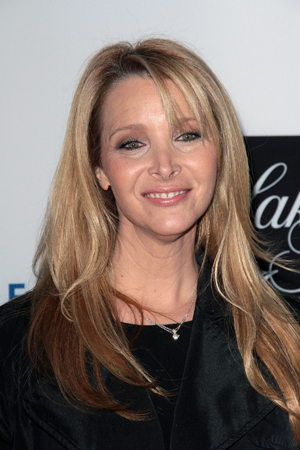 So many television shows have welcomed reunions of their cast members in the past — most recently, That ’70s Show, In Living Color, The X-Files and Married… With Children all returned together for Fox’s 25th Anniversary Special last month. Will we ever see the beloved cast of Friends together again in the same coffee shop onscreen?

Don’t hold your breath, said a couple of its cast members.

“I don’t think it will ever happen whether any of us want it to happen or not,” Lisa Kudrow told E! News on Friday night at the P.S. Arts event for the Los Angeles Modernism Show.

“I don’t think any of us would do it unless [Friends co-creators] David Crane and Marta Kauffman wrote it and I don’t know how they could do it,” she explained.

Down for a Dawson’s Creek reunion? Van Der Beek speaks >>

Though she shot down the possibility of a reunion, Kudrow wouldn’t be opposed to a different approach in a potential movie.

“The Brady Bunch [movie] was hilarious because it was a spoof,” she said. “I can’t wait from ten, 20 years from now to see the younger actors. I think that will be really fun.”

Last week, Matt LeBlanc also reportedly told Digital Spy that any kind of reunion would be a bad idea.

“Personally I do,” LeBlanc said. “I think that show was all about a finite amount of time in six people’s lives. They were out of college, but they hadn’t settled down with their lives yet. Once they have moved on from that phase, that family unit has broken down a little bit. I’m sure they’d keep in touch a bit, but it wouldn’t be the same.”

A reunion wouldn’t make sense not only for the characters, but also for the audiences who still adore them on reruns. “Everyone identifies with those characters in their own way and everyone in their own mind imagines what has become of those characters. I just think it’s best to leave it at that.”