The wolves are back and they’re angrier than ever. It wouldn’t be summer without a new season of MTV’s Teen Wolf at our fingertips. The network’s unveiled a new trailer filled with scary creatures that go bump in the night. 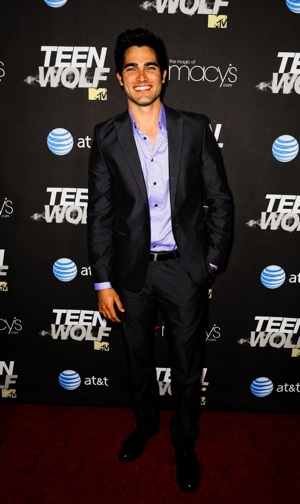 MTV has released a full-length trailer for season two of its supernatural drama, Teen Wolf. It’s for mature audiences and has nothing to do with Michael J. Fox. This version features lots of blood, gore and sex.

This year, Scott (Tyler Posey) and Derek (Tyler Hoechlin) aren’t the only werewolves in town. Several of the locals have been brought to the furry side, including Jackson (Colton Haynes) and a female wolf played by Gage Golightly. With all the testosterone dominating this show, it’s nice to see a girl get in on the action.

Why you should watch MTV’s Teen Wolf >>

Speaking of girls, Allison (Crystal Reed) is having a hard time balancing her family and love. Yes, her boyfriend’s a werewolf and her dad wants him dead, but can’t they all just get along?

According to Papa Argent (J.R. Bourne), “Our sons are trained to be soldiers. Our daughters to be leaders.”

That means Allison is meant to be a hunter. She’s meant to kill werewolves. It’s in her blood. At one point or another, she and her family will have to encounter The Alpha aka Derek.

Last season, Derek took over the title and it looks like he’s heading down a dark path. He’s turning humans into werewolves at the drop of a hat. If they’re willing, he’ll bite!

And what about poor Lydia (Holland Roden)? She’s undergone her own mysterious transformation. Something’s definitely not right with her.

Over the course of a year, everyone’s lives have been turned upside down. And we can’t wait to see how it all plays out.

Teen Wolf returns with all new episodes, June 3 after the MTV Movie Awards.