Shaquille O’Neal has more time for other pursuits now that he’s retired from the NBA. His latest accomplishment? He just earned his doctorate in education. 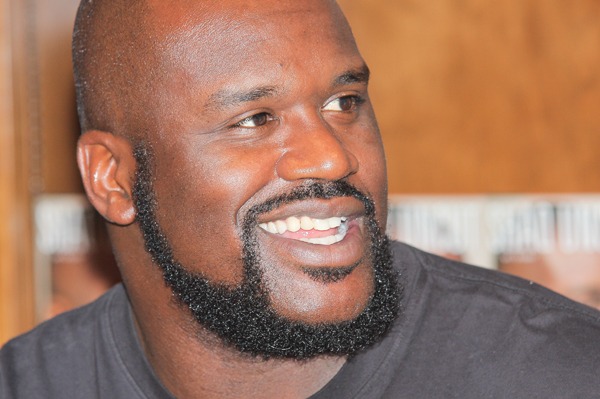 Shaquille O’Neal is a role model for kids in more ways than one. Sure, he’s a rich retired basketball player, but he’s always stressed the importance of education. He walks the talk, too: O’Neal graduated from Barry University on Saturday with his doctorate in education.

How did Shaq celebrate? He lifted his professor in the air when handed his diploma, according to ABC News. Seems like the only appropriate way for someone his size to celebrate.

O’Neal’s focus on education started after he left Louisiana State University in 1992 to enter the NBA draft. The only way he could justify it to himself — and his family — was to vow to return to school one day. He did, too. Shaq earned his bachelor’s degree from LSU in 2000, a master’s from the University of Phoenix in 2005 and now his doctorate.

“The hardest part was getting back into high school mode. You ever have that high school teacher that says, you’ve got to read six chapters over the weekend?” he told ABC of hitting the books. His thesis topic? The value of humor in leadership. We think he knows a thing or two about the topic, given his response when asked whether or not he’ll go by “doctor” now.

“Only the children can call me Shaq, the adults have to address me as Dr. O’Neal,” he joked. That’s fine by his mom.

“I’m proud to call you Dr. O’Neal!” she said. Mama O’Neal will be able to call him something else, eventually: Attorney Shaq, since he’s planning on law school.

Take note, young basketball players: Shaq sounds like the type of guy you want to be like, both on and off the court.